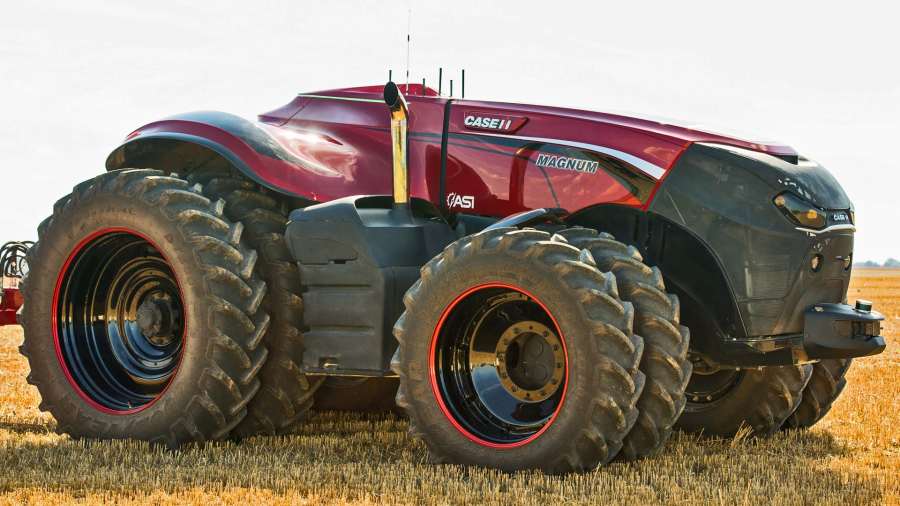 Robots in agriculture are becoming uncaged, mobile, collaborative and increasingly intelligent, moving beyond their traditional strongholds to bring automation to previously inaccessible tasks, according to a new report.

The report, by market research company IDTechEx, said agriculture is being "quietly reformed" by new robotics.

The report considers the evolution and the long-term impact of autonomous mobility in farm vehicles. It provides detail on how progress and innovation in robotics is changing agriculture.

According to IDTechEx, agriculture is the leading adopter of autonomous driving technology, despite public hype around driverless cars.

The report says tractor guidance was first to arrive, helping drivers drive more accurately and relieving some of the pressure of maintaining driving accuracy. Next came autosteer, giving the operator the ability to programme a map into the tractor and let it navigate autonomously.

The report goes on to say that in the agricultural industry, more than 210,000 RTK GPS receivers were sold last year.

IDTechEx projects that this number will rise to 335,000 by 2023. It says autosteer will be the fastest growing use case whilst other cases such as variable rate equipment will also see accelerated growth.

This trend will be boosted as receiver prices continue to fall. The receiver technology is becoming increasingly commoditised, it says.

The uptake will also be helped by increased uptake in precision agriculture practices. The report projects that some 330,000 VRT equipment will be sold in 2023, up from 40,000 or so in 2015.

The report says that technology is now evolving towards full autonomy. It states that "master-and-slave" systems are being trialled, enabling one driver to guide a fleet, thus boosting the driver’s productivity.

The report says what will come next is "manned yet fully autonomous" tractors. This has already been technologically demonstrated. Here, the vehicle’s sensing suite has to be expanded to enable it to avoid collision and operate, even when the GPS signal is lost.

The next stage will potentially be "unmanned autonomous tractors", the report says. IDTechEx saw the first public demonstrators for such vehicles.

IDTechEx explains: "Currently, however, the farmers want to stay in charge, thus the cab is likely to be kept in the design. In the long term, however, the meaning of staying in charge will change, transiting from driving the vehicle to, for example, remote fleet operation/management.

"In general, agriculture is well suited to autonomous mobility: farms are semi-structured, sparsely-populated environments and are thus simpler to autonomise than general driving on congested roads. There is also commercial incentive: reducing the wage bill.

"The challenge however, is to convince the farmers to pay for the technology and to adopt it. Indeed, farmer conservatism and the general characteristic of the agriculture market will turn this potentially revolutionary technology into an evolution."