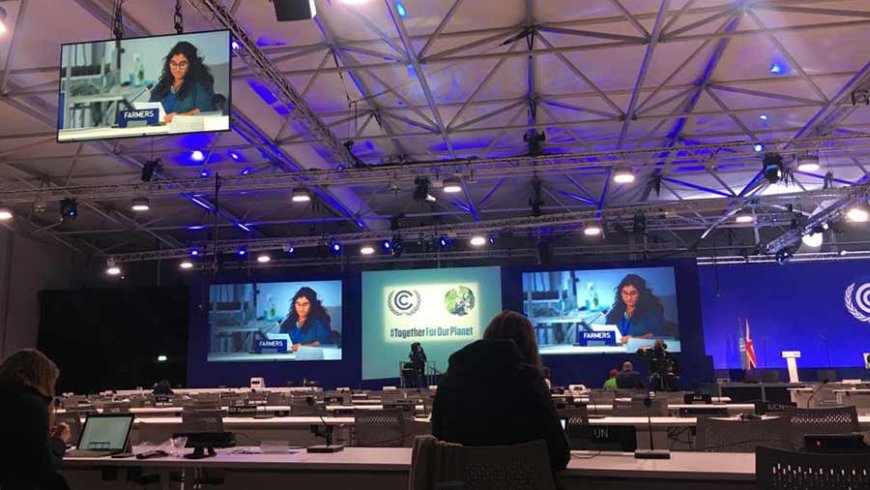 The Landworkers' Alliance has told attendees at the COP26 in Glasgow that farmers are a solution to climate change if they work using an agroecological approach.

The farming union, which represents 1,700 small-scale farmers and farm workers in the UK, made the comments at the climate summit on Monday (1 November).

It is leading calls for governments across the world to make agroecological farming and food systems a key negotiating issue, as the method offers a 'real solution' to mitigating and adapting to climate change.

Food and farming sectors have historically been treated as peripheral issues in climate planning and have almost been left out of previous COP climate negotiations.

But the LWA said ignoring agriculture in talks was 'irresponsible', as emissions related to food systems account for 23% of global greenhouse gases.

The union's head of policy and campaigns, Jyoti Fernandes, addressed the COP26 opening plenary on Monday.

“Governments need to realise that our food, farming and land-use systems must be addressed if we are to avoid climate chaos and global hunger," she said.

"We’re mobilising at COP26 to show that alternatives to the destructive, polluting and high-emission dominant farming models do exist - and to promote agroecological farming and sustainable forestry as real solutions to the climate crisis.”

Agroecology is the application of ecological concepts and principals in farming, such as mitigating climate change, working with wildlife and putting farmers and local communities in the driving seat.

Proponents of agroecology say intensive farming systems are contributing to problems such as flooding, soil degradation, biodiversity collapse and obesity.

But LWA's COP26 Coordinator, Roz Corbett, said agroecological farmers face "constant pressure from a food system that is set up to favour supermarkets and agribusinesses."

"Governments at the COP26 must act now to stop profit-driven agribusiness encroaching on the lives and livelihoods of landworkers around the world, and take decisive action to support a just transition to agroecology.

"Many people want to start agroecological farming here in the UK but are faced with multiple barriers to do so, meaning even just simple support measures and regulation could potentially be really transformative.”