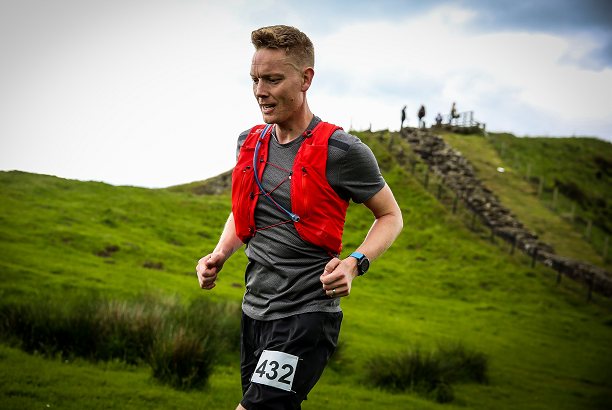 Chris McClymont had set himself the goal of completing the Montane Spine Race, which took place between 15 – 22 January,
Sign in to add your own press release SIGN IN Register

A Northumberland agronomist has taken on one of the country’s toughest endurance races in support of national charity the Farming Community Network (FCN).

Chris McClymont had set himself the goal of completing the Montane Spine Race between 15 – 22 January, while raising funds and awareness of FCN.

Prior to the race, he attended a wellbeing training session from the charity and learnt more about its work supporting farmers and farming families.

The Montane Spine Race, a non-stop, 268-mile UK mountain marathon, takes place each January, and attracts competitors from across the globe.

This year, over 150 racers tackled the iconic Pennine Way, starting in Edale in Derbyshire and finishing in Kirk Yetholm in the Scottish borders.

A true test of physical and mental resilience, the Spine Race is widely regarded as one of Britain’s most brutal endurance races.

Chris, a father of 2, grew up surrounded by the wild Northumberland countryside near Morpeth, and is no stranger to demanding terrain and sporting achievements.

Last year, he cycled a 60-mile leg of the 420-mile ‘Mull to Hull’ expedition as part of a group of fundraising farming professionals.

Now he has raised nearly £2,000 after completing the Montane Spine Race, with donations still being accepted on JustGiving.

Chris said: “I recently attended a training session given by an FCN team member. She discussed both the resilience shown by farmers during difficult times and the strong support for them from charities like FCN.

"I felt I could raise money and highlight this resilience and strength by competing in one of the toughest events in the country, where I’ll need both of these qualities and more.”

Chris, Secretary of Northumberland Arable Society, works as an agronomist for Agrii, and has been based at their Ponteland Depot for 13 years.

He added: “The difference that FCN volunteers make to the mental wellbeing of people in rural communities is incredible.

"I come into contact with people every day who could potentially receive confidential support from the charity, whether it’s a sympathetic ear or the offer to ‘walk with’ anyone seeking help. It’s so important.”

It follows a survey of over 500 farmers and agricultural professionals, carried out by the FCN, Addington Fund and Forage Aid, which revealed the aspects of UK agriculture they are most proud of.

These include resilience, community, and ‘the way farmers help each other in times of need’, which has been summed up by Chris's efforts.