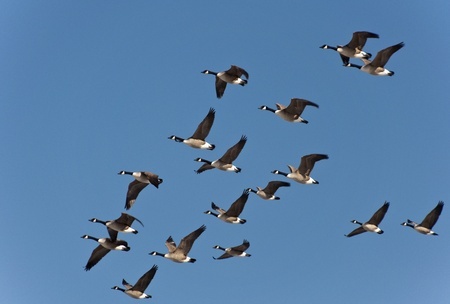 Test results show that the avian influenza that has broken out in Yorkshire is the same strain as the one involved in outbreaks in Germany and the Netherlands.

FarmingUK understands that scientists have confirmed that the strain found on a 6,000-bird duck breeding farm near Driffield in the East Riding of Yorkshire is H5N8. The same strain was found in fattening turkeys in North East Germany and on a poultry farm in the village of Hekendorp in the Netherlands, where the authorities have ordered the culling of 150,000 birds.

In Yorkshire, officials from the Department for Environment, Food and Rural Affairs, were expected to start culling birds today. The dead livestock will be sent for rendering. A 10 kilometre exclusion zone has been put in place around the affected farm. Movements of all poultry, products and waste within the restriction zone are banned. Poultry has to be housed or isolated within the zone. Bird gatherings (fairs, shows, exhibitions) are banned and game birds cannot be released.

Robert Gooch, director of policy with the British Free Range Egg Producers’ Association (BFREPA), has urged egg producers to ensure they are maintaining the highest standards of bio-security to minimise the risk of cross-contamination. “We are in touch with DEFRA,” he said. “Members should keep up the highest levels of bio-security until we hear more from the department.”

The National Farmers’ Union (NFU) also issued a statement. The union’s chief poultry adviser, Gary Ford, said, "The NFU is working with Defra and Public Health England and understand that the risk to human health from this incident is very low. Defra has introduced a restriction zone and there will be a cull of birds on the farm.”

Public Health England issued its own statement separately, which read, “Public Health England are assisting Defra in the investigation of an avian flu outbreak at a duck breeding farm in Yorkshire. Based on what we know about this specific strain of avian influenza, the risk to human health in this case is considered extremely low.’'

The European Union, which had already been informed of the outbreaks in Germany and the Netherlands, says it is now aware of the outbreak in the United Kingdom. It said the three affected member states were taking necessary measures, including the “culling of the poultry, the establishment of protection and surveillance zones, the introduction of sanitary measures (cleaning and disinfection), the prohibition of movements to sell live poultry, eggs, poultry meat and other poultry products to other EU countries and non-EU countries and the culling of affected flocks only in the restricted zones. The Commission is also informing other EU member states and non-EU countries, as well as international organisations about the disease situation and on the measures taken.”

The European Commission said in a statement that although investigations were ongoing to identify the possible source of virus “the fact that the three recent outbreaks in Germany, the Netherlands and the UK have occurred in proximity of humid areas with wild birds and the absence of any other possible epidemiological link between them point towards wild migratory bird as a possible source of virus.”