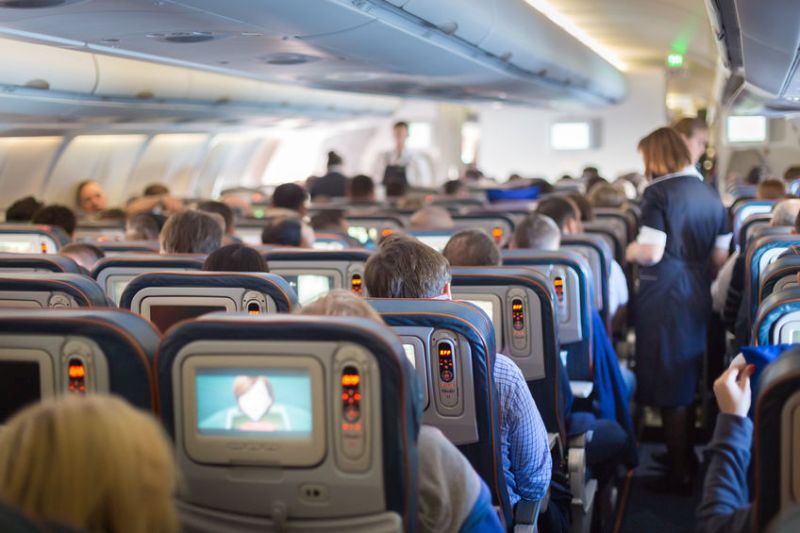 Airlines are being urged to 'offset carbon emissions' by providing a vegan in-flight meal as standard on every flight.

The campaign, launched this week by the Vegan Society and Humane Society, encourages airlines to offer non-meat, non-dairy meals as one of the default options.

Both societies argue that currently, the default meal options provided by most airlines are dominated by meat, dairy and eggs.

Because of this, vegan passengers have to proactively request a vegan meal in advance, the groups say.

lena Orde, Senior Campaigns Officer at the Vegan Society, said: “Adding vegan options to every standard in-flight menu would mean that all passengers can opt for a more environmentally-friendly meal.”

The groups add that because flying has a 'notorious reputation' for producing emissions, providing vegan options 'can be a way of offsetting this environmental impact'.

Despite this, the farming industry aims to reach net-zero greenhouse gas emissions across England and Wales by 2040, ten years before the UK-wide target of 2050.

“In Britain, 65% of our farmland is best suited to grazing animals, so our ambition is that the climate impact of UK grazing is amongst the lowest in the world.

“Already, research from the UN’s Food and Agriculture Organisation shows that beef production in Western Europe is 2.5 times more carbon-efficient than the global average.

Meanwhile, Singapore Airlines and P&O Ferries have committed to supporting British farmers and buying local produce for their menus.

According to P&O, their food initiative, announced last year, is designed to put 'fresh, high quality British seasonal food at the heart of the customer experience.'