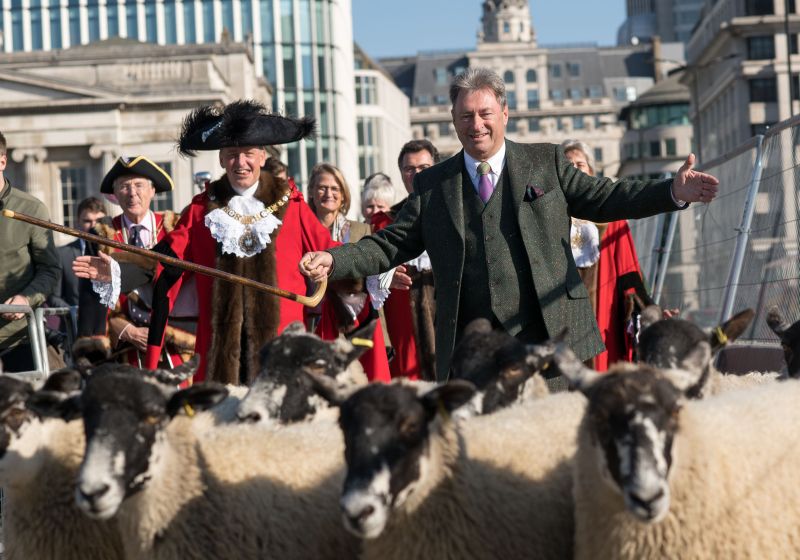 A flock of 30 sheep from Bedfordshire were brought into central London for the day (Photo: Nick Harvey/Shutterstock)

Alan Titchmarsh drove a flock of sheep across London Bridge to highlight the importance of British farming and "all it produces".

Over 600 Freemen of the City of London took up their historic entitlement to drive their sheep over London Bridge in a bid to promote British wool, the farming industry and the countryside.

The tradition is as ancient as the bridge itself, and raised tens of thousands of pounds for the Lord Mayor’s Appeal.

It is organised and hosted by the Worshipful Company of Woolmen which traces its own roots back to 1180.

The event was held on Sunday (30 September), with TV Presenter Alan Titchmarsh the first person in becoming a would-be shepherd for the day.

Mr Titchmarsh said: "This reminds them of the importance of farming and all it produces.

"I don't think I've done anything odder than this on a Sunday morning. This takes the biscuit."

Bill Clark, Past Master of the Worshipful Company of Woolmen, added: “Driving sheep over London Bridge by Freemen of the City is a tradition rooted in more than 800 years of the history of the Woolmen.

“Re-energising this old tradition provides a fun day out for Londoners but it is also a reminder of the City of London’s important trading history. Wool may have been replaced by stocks and shares but London is still the world’s centre of commerce.”

Thirty sheep were provided to the event by a Bedfordshire farmer, with just ten at a time driven across the bridge by successive groups of Freemen.