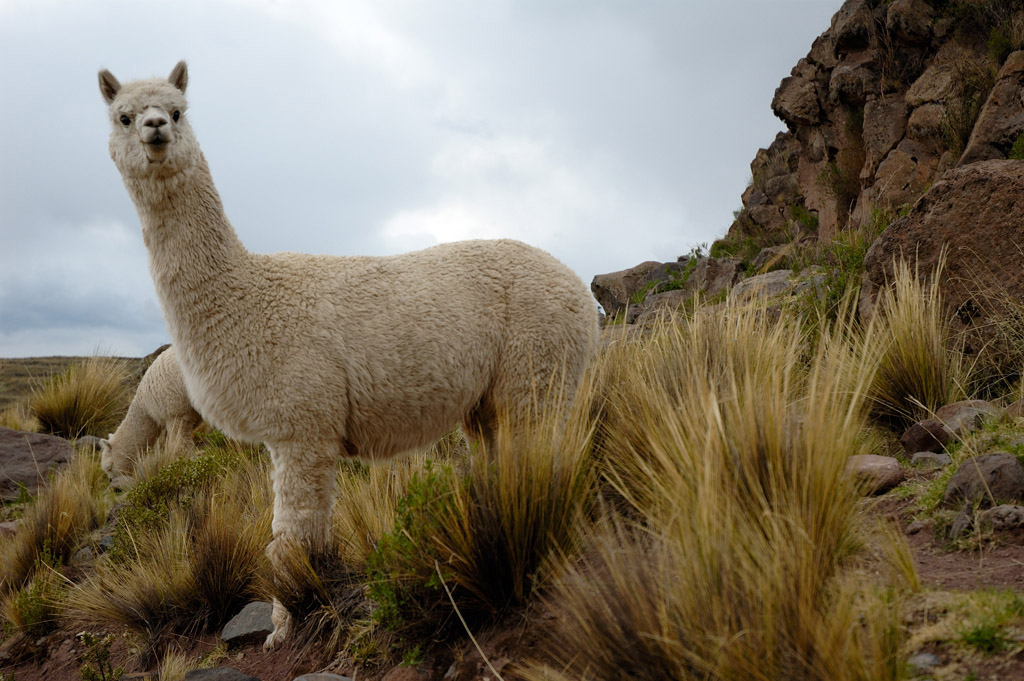 Nannies for the new arrival might be on one famous couple’s minds, but nervous mothers in one part of North Wales are resting easier thanks to their two male super-nannies from South America.

Alpacas from the Andes are guarding a flock of sheep at the National Trust’s in hand farm, Hafod-y-Llan in North Wales.

In a first for the conservation charity, the two male alpacas, affectionately called Bill and Ben, though their real names are Hernandes and Zapata, are currently guarding a field of 50 ewes and their lambs from predators including foxes.

“They are so good at guarding lambs because they are ever-watchful and very aware of what’s going on. As soon as they sense or hear any distress they run towards the noise which frightens predators away.

“We put our alpacas in a field with the most vulnerable lambs, usually with ewes that have had multiple births. It’s difficult to estimate but they will definitely have helped more lambs survive than perhaps might have been the case.”

The alpacas are only needed to watch over the very young lambs. After a week to 10 days they should be fast enough to escape any predator.

There is a total flock of 1,600 lambing Welsh mountain ewes at Hafod-y-Llan currently. The alpacas arrived on the farm in 2012.