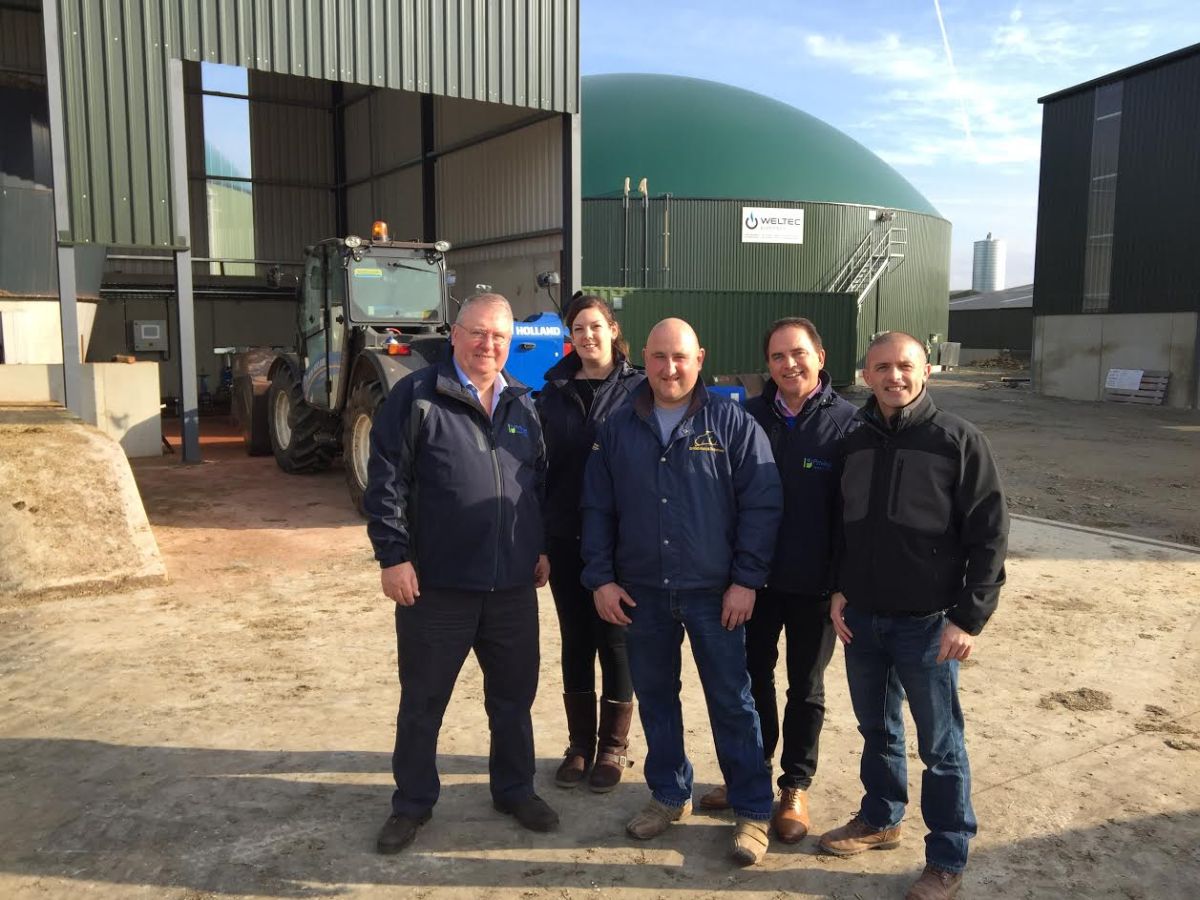 Investing in anaerobic digestion can offer dairy farmers a stable income, reduced energy costs and an opportunity to add value to waste products, which is key to long term sustainability.

Stephen Carson, an Irish producer who milks 300 cows, has recently invested in a 500kW biogas plant, known as Tievenny AD.

“We decided to investigate anaerobic digestion (AD) nearly four years ago when milk prices were low. The driving force was that we wanted to reduce the effects of market price fluctuation on the farm business,” explains Stephen.

“It’s been a long and involved process,” he adds. “The process of planning took time, as did securing the grid connection. However, I was pleasantly surprised at how straight forward it was to secure funding for the project.

“Our finance was provided by Privilege Finance and the support they gave us was impeccable. They helped us through the entire journey and were able to provide us with advice every step of the way and continue to offer support as and when we need it.

“And although the initial outlay was a big commitment, we soon understood that it was viable in terms of return on investment (ROI) for the farm.”

Mr Carson explains that the plant was commissioned in September and is now operating at ‘full throttle’ producing 500kW of electricity.

“Running the plant is my responsibility and it has many synergies to being a dairy farmer. It needs a good diet and I have to monitor its health and be sure not overstress it.

“The plant is fed approximately 26 to 28 cubic metres of cow slurry per day, which helps with slurry management. We’re able to get more value from the slurry, which we would have previously had to pay for to get spread.

“What’s more, we use the heat and electricity we generate within the dairy enterprise and we’re already benefitting from displaced energy costs, which helps reduce overheads and improve margins.”

Mr Carson concludes by outlining his future plans for the farm.

“It’s all about future proofing the farm business and I’m already investigating ways to develop the plant further. The dairy unit will always be the core of the business, but our investment in AD, means we’ve been able to provide further security for future generations.”