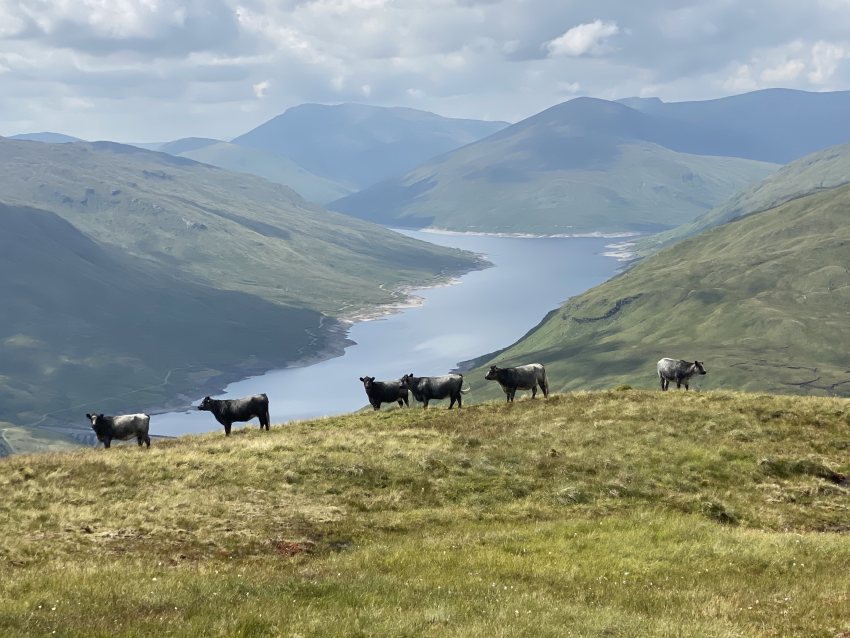 A Scottish farming family who are one of the leading suppliers of British berries to UK and European retailers have promoted the importance of quality assurance for the country's red meat industry.

Although the Porter name is synonymous with Angus Soft Fruits, few know that Willie Porter’s love of beef stock created a desire to improve the industry.

This drive led him to be one of the first farmers to sign up to the Scottish red meat industry’s trailblazing Quality Assurance Scheme, which is owned by Quality Meat Scotland (QMS).

A keen supporter of the body's value-building approach, the Porters believe in the power of industry working together for the greater good.

While the family is now one of the leading suppliers of berries in Europe, Angus Soft Fruits grew from humble beginnings.

“My father was the son of a Church of Scotland Minister and he was one of seven children. He started farming from scratch in 1934 and built up his business through tenancies,” said Willie.

“I came in after him and was able to purchase more land, and the business progressed from there.”

Whilst the business has a strong arable focus, he recognises the importance of mixed farming and has a passion for working with stock.

“This is very much an arable farm, but I do believe in mixed farming and very conscious of keeping our farm in good health," he added.

“We have 170 Blue Grey cows which are put to a Charolais bull and we use a Limousin bull on the heifers. We have a farm about 100miles away in Glen Lyon and we summer the autumn calving cows up there after they have been weaned.

"As we are arable, it suits to get 100 cows away onto the hill farm and the Blue Grey is a good forager and suitable to go right up to 3000ft.”

When asked to join the working committee which established the Quality Assurance Scheme in 1990, Willie notes that, at the time, he wasn’t sure whether or not it would succeed.

“I was asked to join the working committee as we wanted to fix a lot of the things that weren’t being done correctly and eliminate some of the fringe groups that were forming.

“When Quality Assurance began, there were as many negative people about it as there were positive and, if I’m honest, I wasn’t 100% myself.

"But we wanted to make the stock job more correct than it was, ensure bad habits were eliminated, and have a unified body for marketing,” said Willie.

The Quality Assurance Scheme aims to provide the industry and consumers with total assurance that animals produced for the food chain are reared to a stringent set of standards covering all aspects of animal welfare, food safety and general good practice.

The scheme now boasts over 9,500 members across the red meat industry, covering more than 90% of Scottish livestock farmers.

“Generally speaking, farmers are practical people and some, at first, said ‘boo’ to the idea and didn’t see the need to be regulated," he said.

"They came around in the end as it is so important that everyone is doing the job correctly, and the Quality Assurance Scheme ensures this which provides peace of mind to the public.

“All farmers try and give their stock a decent life. My whole objective in farming is that we must treat animals well and fairly and if they are misused, which doesn’t happen often, I think it is a criminal offence,” said Willie.

Kathryn Kerr, head of brands integrity for QMS, said that the reason why the Quality Assurance Standards has not drastically changed in 30 years is because of the farmers who were at the forefront of shaping the scheme.

“In 30 years, there has only ever been minor changes to the standards and that’s because farmers like Willie were at the forefront of the decision-making process resulting in practical and attainable measures for farmers to meet," she said.

“The Scotch brand offers consumers in the UK and overseas the guarantee that animals have the best quality of life on farm and throughout the supply chain, resulting in the highest quality product.”

Looking to the future, Willie says he is positive that sustainable, profitable, and ethical beef production will continue.

“We produce fantastic beef, it’s great to eat and we have so much ground that is not suitable for anything other than animal production which can utilise the land.

"I think the future is bright. Once people know about the quality of the product, and they enjoy eating it, they will continue to choose it into the future,” he said.