Antibiotic taskforce announces new targets to reduce use in livestock 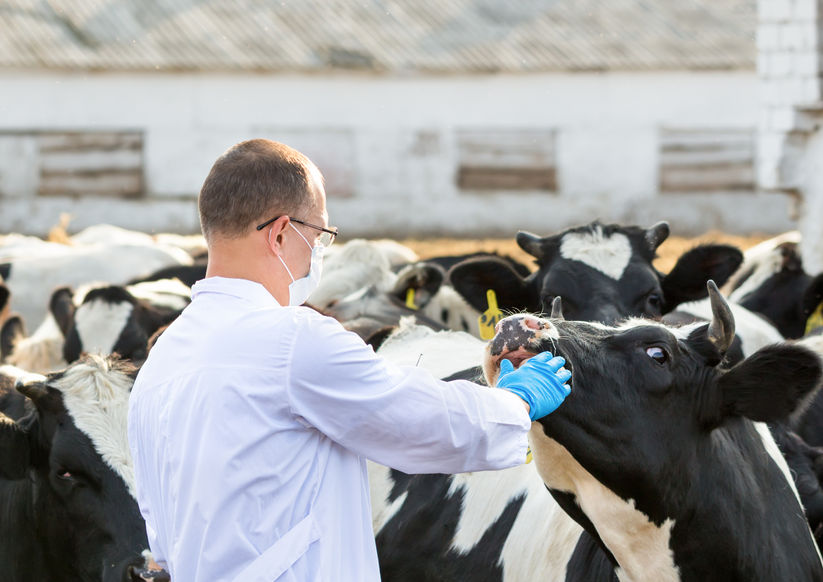 Targets for further reducing, refining or replacing antibiotic use across the key livestock sectors have been announced.

It follows news that sales of antibiotics to treat and prevent disease in UK farm livestock have achieved a record low following a 27% reduction over the past two years.

Announced at a London conference on Friday (27 October), the sector-specific targets were developed over the past year by a ‘Targets Task Force’, facilitated by the Responsible Use of Medicines in Agriculture (RUMA) Alliance.

The Targets Task Force comprises a leading veterinary surgeon and farmer from each of the beef, dairy, egg, fish, gamebird, pig, poultry meat and sheep sectors, who have been consulting with key organisations in their respective industries.

While the targets each sector has set vary according to the availability of data and scope in their sector, the targets as a whole have been described as ‘positive and proactive’.

Furthermore, the regulator has welcomed the voluntary sharing of usage data by the different farm livestock sectors, saying it has been ‘sincerely impressed by the way different sectors have risen, or are rising to the challenge’.

The headline targets for the eight sectors include a reduction in use of antibiotics in pigs by over 60% between 2015 and 2020, with minimal use of highest priority Critically Important Antibiotics (CIAs).

Data released earlier in the day indicate a good start has been made, with usage in the pig sector falling by around 35% between 2015 and 2016.

Targets Task Force member and president of the Pig Veterinary Society Mark White said he was pleased such a significant milestone had been reached in the first year of concerted efforts to reduce antibiotic use.

“It’s encouraging to see the response in the sector to the challenge laid down, which bodes well for achieving our ambitious 2020 goal,” he said.

“It is evident that the sector – steered mainly by the members of the Pig Veterinary Society, AHDB Pork and the National Pig Association – has the will and the capability to fully engage with the issue.”

Next steps, he said, were to focus on eliminating routine preventative treatment where it is still happening, mainly due to lack of resource or expertise.

“We can also work to improve water delivery systems so that more targeted treatment in the water can be used instead of in-feed medication.”

The dairy cattle sector has committed to a 20% reduction by 2020, with a particular focus on halving use of the highest priority CIAs.

The work to achieve this will be led by a newly-created Dairy Antimicrobial Stewardship Group (DASG) which includes all key organisations in the sector.

Some of the strategies to achieve these goals in dairy farming include reducing the use of antibiotic dry cow therapy and injectable products, and cutting back on group treatments such as antibiotic footbaths for lameness which remain largely unproven, instead using topical and targeted treatments.

Di Wastenage, dairy farmer from Devon, Task Force member and chair of the DASG, said the sector needed to be ambitious about what it could achieve.

“While use is lower than in some sectors, there are clear areas to tackle where use can be habitual, or common disease problems go unchallenged.

“For example, eliminating BVD and Persistently Infected animals from the herd is one of the obvious places to start, as well as talking to your vet to calculate the usage levels you have at the moment.

Calf rearing can produce a ‘hot spot’ of treatment, as can digital dermatitis. Everyone has the potential to use antibiotics more responsibly somewhere.”

Three sectors – poultry meat, laying hen and fish – are either already low users of medicines or have made significant reductions over the past five years.

These sectors will be focusing on maintaining use at the minimal level needed to ensure good health and welfare among their livestock, while tackling emerging challenges should they arise.

The poultry meat sector, previously described as a ‘pathfinder’ for the rest of the farming industry, has already reduced use by 71% between 2012, when its stewardship scheme was introduced, and 2016.

In doing this, the poultry meat sector has also ceased all preventative treatment and use of the highest priority CIAs. It will now maintain current levels in chickens and look for further reductions in turkeys.

This sector will use clinical governance to ensure CIA antibiotics are only prescribed when absolutely needed and with sign off from veterinary specialists and management.

The laying hen and fish sectors have similarly committed to continuing low use, with the laying hen sector eliminating all use of highest priority CIAs in the past two years.

The gamebird sector, having undergone a comprehensive awareness-raising initiative among game rearers in 2017 to cut back on reducing the need for medicines, aims to reduce use by a quarter this year, with a further 25% reduction between 2018 and 2020.

The beef and sheep sectors are already low users of antibiotics, but have acknowledged they each need better data, and will also commit to addressing ‘hotspots’ of use.

Both have committed to a 10% reduction in antibiotic use by 2020, subject to securing better data.

For the beef sector, reduction in use centres around calves and youngstock, particularly in the areas of respiratory disease.

There is also an emphasis on calves from dairy herds, where mixing animals from different sources can create a peak in disease pressure similar to children going to school for the first time.

In sheep, the focus areas are to reduce routine preventative antibiotic usage against abortion (miscarriage), lameness and neonatal lamb diseases such as watery mouth and joint ill.

With initiatives proving that routine preventative use is largely avoidable through a combination of vaccination, good hygiene, quality nutrition and careful shepherding, Dr Fiona Lovatt of the Targets Task Force is optimistic about the opportunities to reduce overall use.

“In the sheep sector, we’re not high users of antibiotics. But we want to ensure that any use is totally targeted so we are challenging all inappropriate or routine preventative use.

“Convincing farmers to change practices is tricky, and none of us want to see an increase in levels of disease, but those who have had the courage to work with their vets to change what they do are now seeing what is possible. The answer is to take a holistic approach and work closely with a keen sheep vet.”

Gwyn Jones, chair of both RUMA and the Targets Task Force, said he has been "overwhelmed" by the positivity of the group and its willingness to be ambitious.

“The members have worked very hard and have shown incredible leadership and persistence. They have also provided unprecedented support and inspiration to each other.

“I am delighted they have agreed that the group should continue to meet twice-yearly to review progress and discuss issues.”

The Targets Task Force was first proposed by RUMA after the O’Neill Review on Antimicrobial Resistance was published in May 2016.

The group was progressed after Government confirmed an objective to have sector-specific targets in place by the end of 2017.