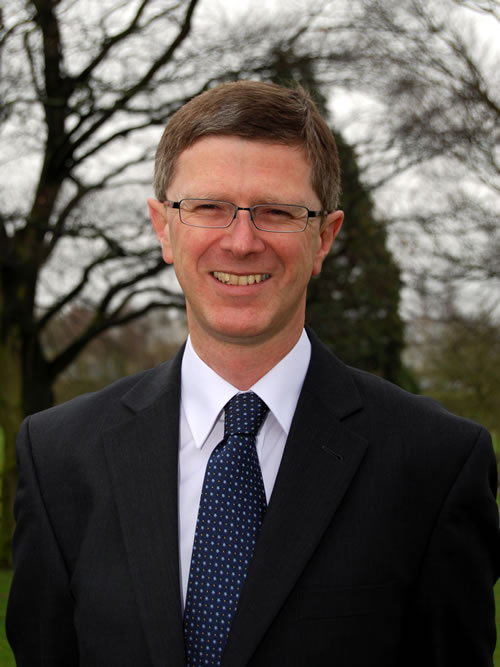 The Board of Governors of Harper Adams University College has announced that Dr David Llewellyn will succeed Professor Wynne Jones, OBE, as Principal from September 2009.

Dr Llewellyn, currently Director of Corporate Affairs at Harper Adams, was chosen after an exhaustive recruitment and selection process, which attracted substantial interest from a significant number of high calibre individuals in both the public and private sectors.

Alison Blackburn, Chairman of the Board of Governors, said: "I am delighted that David Llewellyn will lead the University College during its next phase of development. David has exceptional leadership qualities and a deep understanding of the strategic issues facing both the higher education and land-based sectors. I am certain that, with David at the head of the institution, Harper Adams will continue to grow from strength to strength.’

Dr Llewellyn said: ’I am honoured to have been asked to succeed Professor Wynne Jones, whose leadership of the institution has meant that Harper Adams now has an enviable position within the higher education and rural sectors as a centre of academic excellence. We have ambitious plans for the continued development of the University College, so that we can deepen our existing links with the land-based industries and enhance our reputation for high quality teaching and an outstanding student experience. Working with our staff, students and key stakeholders, I am confident that we can make major policy contributions to some of the most important issues facing global society, including food production and climate change."

To secure the best candidates for the Principalship, the University College employed the services of executive search firm Perrett Laver.

David Llewellyn (48) is married to Noelle and has one 11-year -old daughter, Jessica. He was born in Cardiff and spent much of his childhood in Penarth, South Glamorgan, where he attended the local comprehensive school. He had a keen interest in flying which eventually led, at the age of 18, to a university cadetship with the Royal Air Force which he pursued whilst studying for his undergraduate degree in geography at University College London (1979-1982). During his time at UCL, David was a member of an expedition to St Helena, where he studied geomorphology, hydrology and evidence of sea level change on this remote South Atlantic island.

David left the Royal Air Force in 1983 and became a junior administrator in the estates department at Queen Mary College, where he was involved in the early stages of the estate planning associated with Queen Mary’s merger with Westfield College. After a further spell as an Assistant Registrar, David left Queen Mary to set up the new administrative structure for the Law School at King’s College London, where he was engaged in early rounds of teaching quality assessment and the research assessment exercise.

David left King’s College in 1994, to become the Secretary of the Institute of Psychiatry at the Maudsley Hospital, a post he held for the next 4 years. During this period the Institute was actively involved in recruiting researchers from the USA and undertook a number of complex building developments. In addition, David managed the merger of the Institute with King’s College and was involved in the establishment of a new company, ReNeuron, which is now undertaking clinical trials on a new stroke therapy.

David joined Harper Adams in August 1998 as the Director of Corporate Affairs and Clerk to the Governors. In his current role he has helped implement a wide range of projects and developments across administrative and academic areas of the University College; worked as a consultant on higher education strategic planning in an agricultural institution in Brazil; and has undertaken research on UK higher education governance with the support of the Leadership Foundation for Higher Education.

In addition to his undergraduate degree, David has a Masters degree in Urban and Regional Planning (Birkbeck College, University of London) and a Doctorate of Business Administration (DBA) in Higher Education Management from the University of Bath. He is also an Associate of the Chartered Institute of Secretaries and Administrators.

David has been a Parish Councillor (Edgmond, Shropshire) and is currently Chairman of Governors at Newport High School in Shropshire. David enjoys travelling and is a keen walker, particularly on the West Wales coastline.