Are insects the future for animal feed on UK farms? 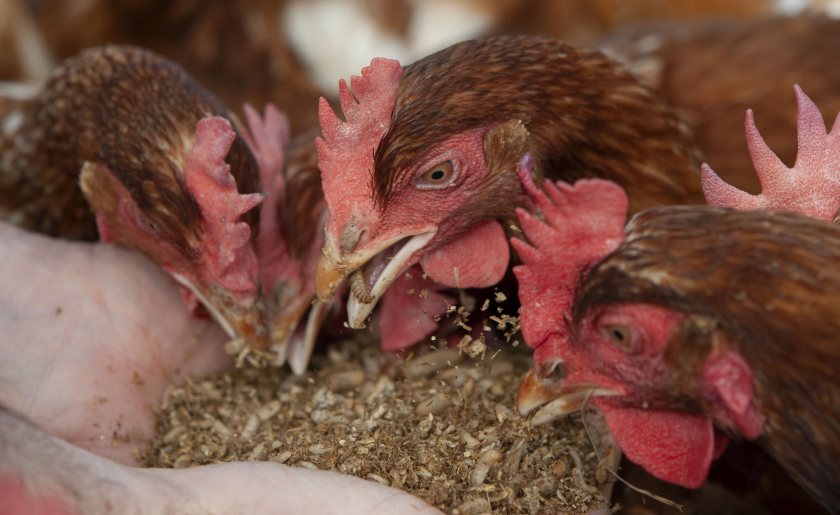 There is a growing interest in insect protein for use on British farms, industry experts and researchers say

Morrisons has announced plans to replace soya with insects on 10 of its free range egg farms, as scientists in the Netherlands said that insect larvae could well be the future for animal feed.

Researchers at Wageningen University conducted a trial on the use of the larvae of black soldier flies and found they could be a sustainable replacement for soya as they could be grown using a variety of waste materials.

It comes as Morrisons said its new Better Origin insect ‘mini farms’ would be introduced onto UK egg farms to feed its hens, which would also receive a supplementary diet of British beans, peas and sunflower seeds.

The ‘mini farm’ containers, in which millions of insects are to be kept, “will provide nutrient rich and natural food for the hens,” said the supermarket.

Sophie Throup, head of agriculture at Morrisons, said: “Reducing soya from livestock feed is one of the key challenges for farms needing to lower their carbon footprint and we wanted to help find a solution.

"An insect diet could suit our hens better - they seem to enjoy it - and the nutritional and added health benefits are notable.

"We’re also finding a good home for our fruit and veg waste. We think that this could be part of the future of egg farming.”

The insects will be fed on waste from Morrisons own fruit and veg site in Yorkshire - creating one of the UK’s first circular waste feeding schemes within the same company to produce food. Over 30 tonnes of fruit and veg waste will be recycled each week.

Soya currently accounts for between 10 and 20% of hens’ normal diets. Up to 70% of the emissions from the UK’s supply chain is attributed to feed, of which soya is a major contributor.

Reducing soya and feeding insects food waste on these 10 farms alone was expected to save 56 hectares of South American land from deforestation every year, where half of the world’s soybean is currently farmed, said Morrisons.

It would also reduce CO2 emissions by 5,737 tonnes and save 40 billion litres of water annually, the retailer added.

Morrisons expects the first carbon neutral eggs to arrive on shelves in 2022, followed by carbon neutral options for fruit, vegetables and meat in the coming years as a result of its commitment to be supplied only by net zero farms by 2030.

The insect units have been developed by agritech company Better Origin. Each container will feed 32,000 free range hens and will receive three tonnes of waste from Morrisons fruit and vegetable site each week.

The insects can grow to 5,000 times their initial body mass in less than 14 days. Collectively the 10 containers will feed 320,000 free range hens who lay millions of eggs a year.

The supermarket said that insects were a natural part of birds' ancestral diets and wild birds sought out insects as they foraged. 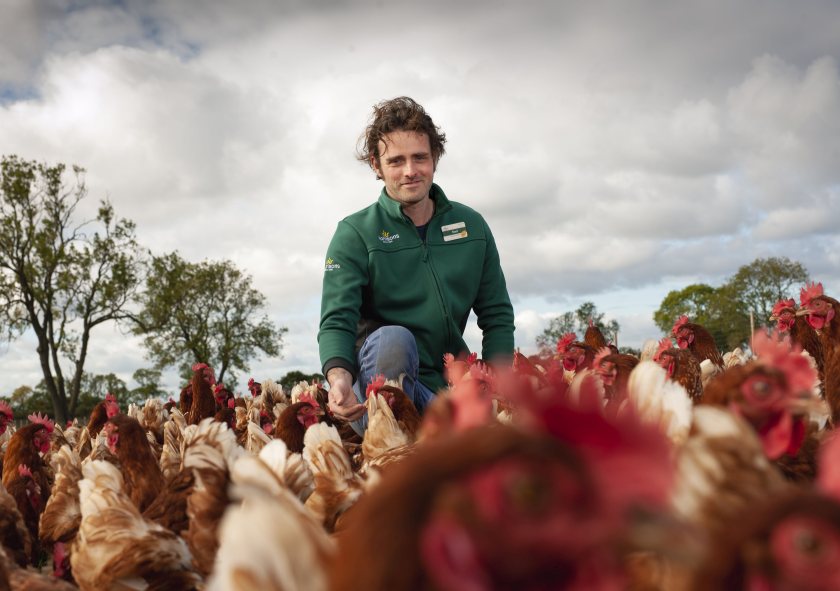 Studies by Better Origin and the Universities of Bristol and Turin have found that insect feed improves bird health and welfare.

The insects are nutritious and rich in essential amino acids and healthy fats. They have no impact on the quality, taste or shelf life of the hens’ eggs.

Fotis Fotiadis, CEO and founder of Better Origin, said: “We are delighted to be working with Morrisons to decarbonise their food supply chain and reduce soya reliance.

"Our vision is for the initial rollout to scale across all Morrisons egg farms which would reduce 40,180 tonnes of CO2-eq per year.

"Achieving Net Zero is a massive challenge that needs collaboration and determination, and we hope this is the year that more food providers and producers take meaningful action.”

Teun Veldkamp, who was involved in the study at Wageningen, researches into the rearing of insects and the application of insect products worked on the research.

On publishing the latest findings, he said: “One of the missions of circular agriculture is to reduce residual and waste flows. If we can bring lost proteins back into the nutrient cycle, less external protein such as soy is needed.

"These larvae are true omnivores; they eat almost everything. They are therefore champions in upgrading waste streams that we humans no longer wish to use.”

At this year’s conference of the British Free Range Egg Producers’ Association (BFREPA), Nick Major, sustainability director with feed company ForFarmers, said there was a great deal of interest in insect protein.

"For us in the feed industry the issue is what the insects were fed on. The real value would be if they could be fed on food waste.

The Wageningen scientists said in their report that a recent amendment to European law meant that insect larvae could now be used as pig or chicken feed within the EU.

Teun Veldkamp and his colleagues conducted a trial in which they investigated the growth of larvae on different diets. “We used seven plastic containers with thousands of larvae. In each container different substrates were provided.”

Each container was replicated three times so in total 21 containers were tested. The scientists said the results were promising for catering waste and solid pig manure.

The larvae that were fed catering waste even became almost twice as heavy as the control group, they said.

The scientists said in their report that larvae such as those of the black soldier fly "could form an important new link in circular agriculture."

They added: "They grow well on unused waste streams such as catering waste or pig manure, which are currently not yet permitted to be fed to insect larvae.

"This allows us in the future to utilise nutrients that until now ended up in the incinerator.”

Teun Veldkamp said: “In summary, it seems that larvae can form an important new link in circular agriculture.

"Previous research by my colleague Soumya Kar, for example, has shown that piglets fed BSF are just as healthy or even healthier than piglets that are fed regular food.

"Publications on this research are still in development," Mr Veldkamp added.