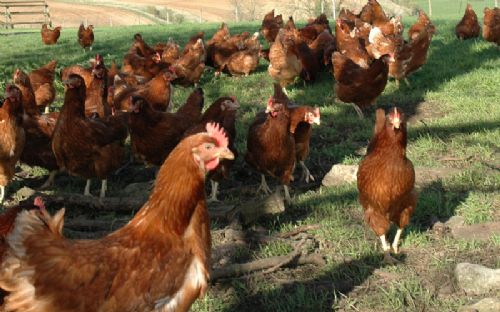 Research carried out by the Scottish Agricultural College (SAC) is at the centre of a war of words over attempts to introduce a huge increase in permitted external stocking densities on Australian free range egg units.

Phil Westwood, president of the Free Range Egg and Poultry Association of Australia Inc and spokesman for the Free Range Farmers Association Inc, who is opposing the proposed increase in the stocking rate, accused AECL of trying to mislead the Australian Government. "We are appalled, but not surprised that the Australian Egg Corporation Ltd would deliberately set out to mislead Governments and consumers," he told the Ranger magazine.

AECL responded to opposition in Australia by saying it was "looking to robust science, consumer expectations and commercial reality to identify definitions and minimum standards for all egg production systems."

It said that in seeking to draft new standards the corporation had looked at evidence from around the world. "AECL have considered ten known national and international standards of free range egg farming, conducted extensive, independent and robust consumer research into understanding and expectations of consumers, consulted rigorous and reputable scientific research on hen husbandry and engaged in extensive industry consultation to ensure that these minimum standards are rigorous and practical."

The research from SAC was quoted in a fact sheet published by AECL. It read, "There are no research findings that stipulate the best density. However, research conducted by the Scottish Agricultural College shows that densities greater than one hen per 5000 square centimetres (2 hens per square metre) ’impose some constraint on free expression of behaviour.’ AECL does not believe that free range hens should be constrained from their repertoire of natural behaviours."

SAC told the Ranger that the research could not be used to justify AECL’s proposals. Dr Victoria Sandilands of the Avian Science Research Centre at SAC Auchincruive, Ayr was one of the authors of the report quoted. She said in a prepared statement, "It would be important to point out that this was an indoor study and really relates to space allowances indoors (particularly 9 hens/m2 or 1111 cm2 per hen) and it would not necessarily extrapolate to what is acceptable, both from a behavioural, and more importantly grass cover and droppings load, perspective to outdoor space allowances."

Phil Westwood said that AECL’s attempt to use the SAC research to justify its proposals clearly demonstrated that "industry self-regulation is not working here in Australia and that State Governments - or the Federal Government - must introduce regulations establishing truth in labeling and mandating maximum stocking densities for free range egg production. Without legislation, the industry will continue to deceive consumers."

The current 1,500 birds per hectare standard stocking density is set out in a code of practice. AECL claims that there is no economic, scientific or consumer research supporting or justifying this density. It says the figure was created in 2001 at a time when the free range egg market was in its infancy and does not represent the reality of the market today and into the future. It claims that 29 per cent of free range egg production in Australia currently stocks at densities higher than two hens per square metre (20,000 birds per hectare) on the range.

Phil Westwood says the figure of 1500 hens per hectare was the result of extensive research and practical knowledge amongst egg producers, academics, veterinarians, bureaucrats and administrators and was agreed and approved by politicians at the time the code was developed. He says the admission that so many producers are stocking at more than two hens per square metre demonstrates why self regulation is no longer appropriate for the egg industry in Australia.

AECL says that if the egg industry does not "accommodate a realistic outdoor stocking density for free range hens," Australia may end up importing shell eggs from countries with lower food safety, environmental and welfare standards and laws than Australia. Phil Westwood says this is simply a scare tactic.