Automation in the egg industry: Where's it going next? 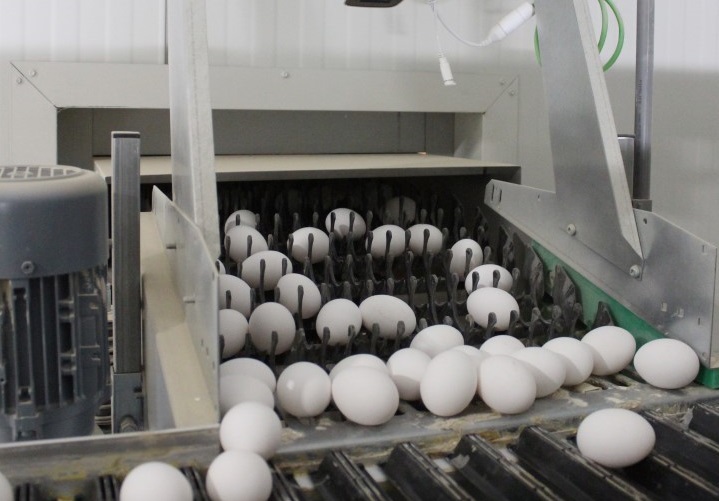 Mechanical robotics have taken off within the British egg industry

As automation has become commonplace in egg collection, we take a look at the technology and ask, where is it going next?

In the last five years the use of mechanical robots has taken off within the egg industry, as a wide range of equipment has become available for farmers.

Most producers with over 16,000 birds are using some variety of robotics and scaling back their workforce.

Danny Lisle, of Devon based supplier Jansen UK, said that he has seen a remarkable increase in sales of robotics.

"A lot of farmers are finding the need to diversify now, and they do that by going into the poultry industry," he said.

"If you are starting from scratch, it would be silly not to use the automation that is available and make life a little bit easier for yourself.

"What I say to people is that they are not designing these setups for two or three years, this is what you need to work with for the next 25 years."

Jansen sell the stackers which are produced by the Dutch company, Sanovo Technology Group.

Stackers are widespread on farms now, having become more and more common over the last five years.

Danny explained that: "A stacker is looking to achieve stacks of six trays, which can then be put on a pallet.

"When the trays are delivered empty they are all the same way around, so they concertina into a smaller space, then when you fill them up the stacker turns them 90 degrees and puts one on top of the other."

Whilst stackers are now relatively commonplace, palletising is the next step to which most producers are now looking.

Palletisers place the stacks of six trays which have come out of the stacker onto a pallet.

Palletising has only taken off in the last three years, before that producers turned to a Welsh company called RM Group that repurposes robots out of car factories.

They buy them in bulk when they are decommissioned and renovate them for egg palletising.

The main palletising options available in the UK are produced by two Dutch firms Prinzen, and Kletec.

Ben McGill is operations manager for Vencomatic UK, who supply the palletisers produced by Prinzen, including the PL-110 pallet loader which has only recently come onto the market.

Ben said demand is increasing rapidly: "I would think most units of 16,000 birds and above are considering some kind of automatic palletising, easily 80% of farms are considering these options."

Vencomatic have sold a number of palletiser's made by a company called Cobot Automation, and although they still represent Cobot, they now also specialise in supplying the Prinzen technology.

Ben said: "The main difference with the Prinzen palletiser is that it is quicker. It holds more dividers, so gets through more work and uses only a small amount of floor space."

The Kletec palletisers are supplied in the UK by Newquip, their head of technical sales, Richard Buchan, explained that these are designed with simplicity in mind.

"We supply the Kletec ANT 30 palletiser. It is a linear machine, so it goes back and forth on a rail, lifting the eggs up and running them across the pallet and stacking them.

"It does not use an arm like the car robots", Richard continued.

"I like the simplicity of them. It makes them easier to clean, and far more straightforward for the farmer to fix by themselves."

Both Ben and Richard explained that it can be a challenge to convert older systems.

"It is so important to design the packhouse with this technology in mind," Richard added.

"We are running into buildings where people are almost putting it in as an afterthought, they are running out of room or the doors are in the wrong place. If you get it wrong it can be a real mess."

Sam Mitchell farms with his family in the heart of the Norfolk Broads, where they grow wheat, barley, sugar beet and potatoes, alongside managing a suckler herd.

In 2017 Sam took the plunge into free range egg production, in search of a new challenge and the hope of being more prepared for a future without subsidies.

They now have 32,000 hens producing for Anglia Free Range. They introduced a palletiser called a Cobot from the outset.

Sam said: "It is a very good machine, you have the odd niggly thing, as you do with new machines, but I am very pleased with it.

"If we were lifting all of these 12kg stacks up really high it could become a little bit of a health and safety risk. 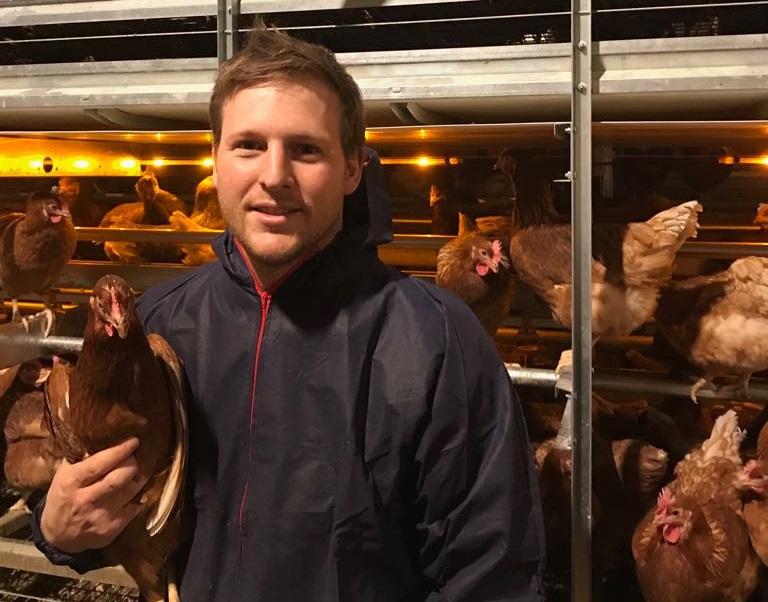 "When we got it, we did look at some of the old car robots, but they were around thirty years old and worked out at more money than a brand-new palletiser."

Sam said that he got a grant for his palletiser: "We were lucky enough to get our palletiser through a LEADER grant.

Sam says he would recommend palletisers to other producers: "If people have room in their sheds, they should think about fitting one.

"I know a lot of new producers who have gone into egg production have ticked these boxes, but it is obviously more of a challenge in older sheds."

Vencomatic have recently released what they see as the next generation of automation in egg production.

Their Meggsius family of products is made up of three different options, the Meggsius Detect, Control, and Count. They all focus heavily on data collection.

Ben said that these products are essentially trying to identify why some flocks will deliver their maximum efficiency, in terms of eggs laid, and others will not.

"The Detect is a simple piece of equipment, every time a broken egg hits a piece of equipment it highlights it to the operator, so it can be wiped clean and used again straight away. This reduces contamination and cleaning time."

The other two products, the Count and Control, are designed to work in tandem.

"The Control essentially programmes the egg collection conveyors so that each house remains separate and therefore traceable", he explained.

"The Count uses a camera to count the eggs and adjusts the packing system so that it is always running at maximum efficiency.

"It takes out that human element because you no longer have somebody adjusting the dials manually."

A similar device is already supplied by Newquip, they provide the EggCam which is produced by Big Dutchman and uses laser beams to count the eggs, with the added benefit of recording egg weight and quality.