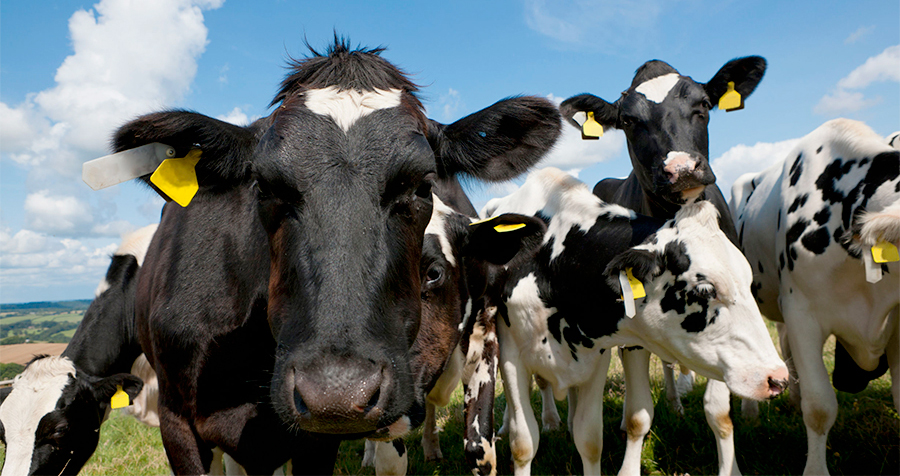 Official figures predict that by the mid-2040s we would meet just 53% of this nation’s needs in British food if nothing changes.

Today, August 14, marks the day in the calendar where the British larder would run bare if we fed the nation British food from January 1. This figure is based on our current self-sufficiency of 62%. Official figures also predict that by the mid-2040s the UK will be the most populous country in the EU at 77 million people. We would meet just 53% of this nation’s needs in British food if nothing changes.

This week has seen a perfect storm for British farming. Plummeting farmgate prices, a continued downward trend in global markets for household essentials like milk; and supermarkets continuing to devalue food have all highlighted the dire situation many British farmers are facing.

Mr Raymond added: “Everybody should be concerned and treat this projected decline in Britain’s ability to feed itself as a wake-up call. Sustainably increasing production is a challenge I know farmers are up for, but they need to have the conditions which make it possible for them to have a viable future in order to produce Great British food now, tomorrow and in the future.

“Our Back British Farming Day today highlights the importance of the farming sector, not just as producers of food, but for the value we add to the economy, employment and our beautiful and diverse countryside.

“In recent weeks we have seen farmers take part in protests which shows the level of desperation felt by some facing severe financial hardship in the current situation. Farming as a business has relatively long production cycles to produce the nation’s food. What happens one year will continue to have impacts for the immediate years to follow. Back in 2012/13 we saw that the weather is one factor that can cause extreme uncertainty, today however, that volatility is being caused by uncertainty in markets which is not helped by retailers playing fast and loose on promotions, a lack of investment across the board and pressure from increased imports.

“We have met with the UK Farming Unions this week and agreed a list of urgent actions to move us on from this current dire situation. Nobody would want a situation where Britain produced less than half the food it needs, we need action now to ensure that the British public – who tell us time and time again that they want to buy British – have that option in the future.”