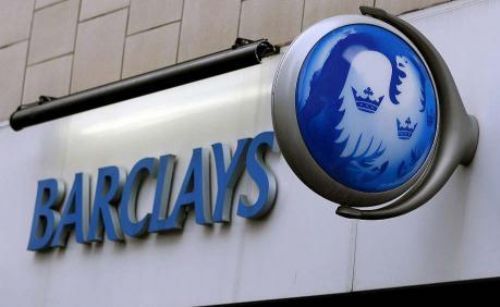 Barclays has launched a ’100 million fund for UK farmers investing in renewable energy, tracking the massive groundswell of interest from farmers seeking to cut energy bills and generate new income.

New figures released by the bank reveal that more than a third (37 per cent)* of the UK’s farmers are expecting to invest in renewable energy, with the majority doing so within the next year. Farmers are further expecting the investment to generate returns averaging ’25,000 per year.

Developed with sector specialists including National Farmers Union (NFU), the fund is available for solar, wind, and hydro projects in the UK, with Barclays including projected feed-in-tariffs (FIT) when assessing each loan.

"For farmers investing makes sense - it’s good for the environment, but for the majority it’s about good business," said Martin Redfearn, Head of Agriculture at Barclays Business. "Over the years farmers have struggled with low commodity prices and increasing costs, and Barclays has already supported many farmers as they seek new ways of making money. Renewable energy production offers farmers a further opportunity to develop their businesses and add to their traditionally vital roles of producing food and managing the countryside.

"What farmers see is a win-win ’ lower costs and increased income, and the majority expect the investment to pay for itself in under 10 years. Meaning they are looking forward to many further years of lower energy costs and a potentially new income as they sell energy back to the grid.

"When looking at a new renewable project, reliable technology, competent maintenance and management are all important considerations, though of course farmers should also keep an eye on the current feed in tariff rates offered to ensure it works for their business."

Four out of five (80 per cent) of the farmers questioned recognise that renewable energy can provide significant cost savings, with 60 per cent expecting it to generate additional income for their business. In the medium term, increased investment in renewable energy appears even more likely, with Barclays predicting the costs of wind and solar projects to fall by up to 50 per cent in the next three to five years.

The new fund will support the government’s recent commitment for the UK to generate 15 per cent of its energy from renewable sources by 2020. In establishing the fund Barclays has worked closely with a number of organisations to develop this new fund, including the NFU, Country, Land & Business Association; Royal Institution of Chartered Surveyors. The organisations will continue to be involved with the fund in an advisory capacity, and their views will be fed in to consideration for loan applications.

"The opportunities for farmers to produce renewable energy thereby helping to decarbonise the economy and contribute to the UK’s long-term energy security are there for all to see," said Meurig Raymond, NFU deputy president. "Given the significant up-front costs of renewables technologies, commercial lending is essential to unlocking these opportunities, so it’s great to see Barclays committing to make additional funding to the sector."

More information on Barclays renewable energy fund is available through Barclays relationship managers, and is also available at The Dairy Event and Livestock Show, held at Birmingham NEC on September 6 and 7th www.dairyevent.co.uk/.

*Survey conducted of 300 dairy farmers in England, Scotland and Wales in August 2011.

The farm has new solar panels across the entire south facing side of its grain store which were installed in July. From it, Mike Porter is looking to export 75% of their power back to the grid, creating ’20K income per year, and using the other 25% to reduce their own energy bills by ’5K per year.

The loan from Barclays is worth ’130K, and Mr Porter expects to cover the costs of the investment in the short term of 5-6 years.

"That’s why I haven’t waited," says Mr Porter of the short payback time. "If you are prepared to pay the capital upfront then you can save on your fuel and running costs."

Just like other farms, Porters Farms has diversified their business in order to increase income, with reservoirs for trout fishing and pitches for a caravan club.

"I look at renewables as a better return than diversification, which often relies on the farmer to run the new projects, while a wind turbine or solar panels doesn’t take that much extra care. I think the renewables stacks up far better financially than a lot of the diversification that farmers went into over the last twenty years, like children’s playgrounds. I’m surprised more farmers haven’t done it.

"This is actually our third renewable project. In 2006 we installed a biomass boiler which used grains tailings from our own grain that we produce.

"And last year we put up a new 1,800 tonne grain store with biomass boiler. We could have used a conventional LPG burner costing ’1,500 but the annual expense of the gas was going to be around ’5000 to ’6000. I did a lot of research work and found one farmer using biomass in the form of straw, so we use a biomass boiler using straw. The cost of the boiler was ’15,000 and the straw is ’500 per year. So we would look for that investment to pay for itself in 3-4 years."

Mr Porter feels that there isn’t a lot of information out there to help farmers understand what the benefits and possibilities of renewable energy are, and is cautious towards a lot of the solar power offers from small scale businesses that are out in the marketplace.

"Sixty years ago most farms were fairly self sufficient. Since then farmers in general have become more reliant on other people for fuels, pesticides, energy and other things. It’s nice to know that we can produce things other than just food."