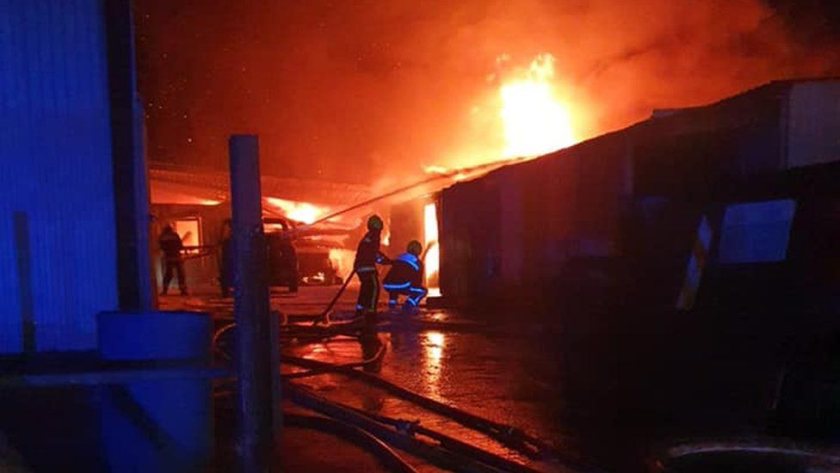 All livestock were moved to safety before crews arrived (Photo: Burnham-on-Sea Fire Station)

A Somerset farm building containing 300 tonnes of hay and agri equipment has been destroyed following a devastating blaze.

Six engines were used to tackle the inferno on the farm, located in Stretcholt, near Bridgwater, around 1am on Sunday (21 February).

Crews from around the county helped tackle the fire, with farm buildings, a stable and accommodation damaged.

All animals had been moved to safety by the time emergency services arrived.

A statement issued by Devon and Somerset Fire and Rescue said the barn and its contents were '100 percent destroyed by fire'.

"The incident is now under control and appliances have been scaled back," the service said.

"This was an agricultural building which contained 300 tonnes of hay and farm equipment.

Avon and Somerset Police are currently investigating the incident.

The incident follows another Somerset farm fire which happened on Friday 19 February, damaging a barn in Creech St Michael, Taunton.

Police confirmed that incident was arson.