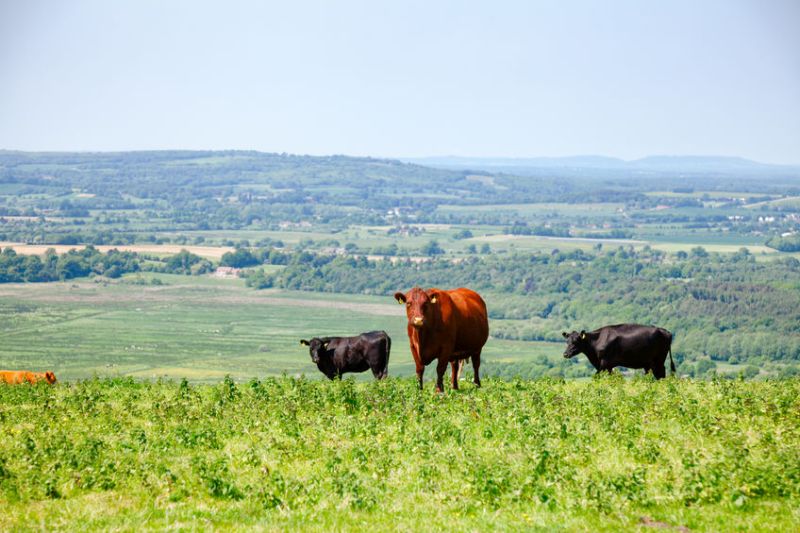 Following the broadcast of the programme, British farmers were keen to highlight that not all meat is produced in the same way

Farmers are promoting the sustainability of British produced meat following a BBC documentary which looked at the environmental issues stemming from US intensive beef systems.

The documentary, entitled ‘Meat: A Threat To Our Planet?’, aimed to raise awareness of the environmental issues associated with global food production.

Specifically, it looked at how the public can continue to eat meat without harming the planet.

The programme, which aired last night (25 November), focused on farming methods in the Americas, not those followed in the UK.

Presenter Liz Bonnin travelled through the meat capital of the US, Texas, and visited an intensive beef farm.

She also visited the pig-rearing regions of North Carolina and a cattle farm in the Amazon region of Brazil.

But despite the 'alarming and misleading' title, the National Beef Association (NBA) was quick to highlight that 'not all beef is the same'.

Indeed, figures show that the carbon footprint of UK beef is 35% lower than the global average.

UK agriculture also contributes only 10% to the country's emissions, while transport and energy supply make up over 50%.

Using these figures, the NBA highlighted that there is a 'difference' between British beef and beef produced in other countries.

“Beef production systems across the globe are too often portrayed the same, which is far from the truth,” said Chris Mallon, NBA national director.

“The UK is one most of the most sustainable places in the world to produce red meat because 60% of the land that makes up our agricultural landscapes is unsuitable for planting crops.

“Grazing livestock also acts as a fertilizer for soils, which leads to higher levels of carbon sequestration, so actually acts as a carbon sink, something that is rarely remembered,” he said.

After programme, farmers and the general public took to social media to highlight the sustainability of British-produced meat and the importance of buying local.

Stuart Roberts, NFU's vice president, said the documentary was 'the best advert' for UK-produced meat and for the government to be aware of striking trade deals with countries with lower environmental standards.

#MeatAThreatToOurPlanet is pretty much the best advert I‘ve seen for:
1. Not doing trade deals with countries with lower environmental standards than us
2. When purchasing meat ask questions about provenance
3. Choice more sustainable production systems like the We have in UK

My take home message from #MeatAThreatToOurPlanet (1) spend more time looking for sustainable productions systems like UK @RedTractorFood & (2) DO NOT EVER let politicians do trade deals with countries that don’t share our environmental, ethical and welfare standards

The chief executive of the Rare Breeds Survival Trust, Christopher Price, reminded the public that the programme focused on American beef farming, not the UK.

Hey everyone on Twitter who isnt a farmer! What we are seeing on #MeatAThreatToOurPlanet is US and South American industrial farming - not the reality of UK farming

British farmers farm to some of the highest environmental standards in the world. Proud to care for our animals and our countryside.
Buy sustainable - buy British
??????????????
#MeatAThreatToOurPlanet pic.twitter.com/WQ8HxRky2a

#MeatAThreatToOurPlanet is not a case for not eating meat - it is a case for eating the RIGHT meat. #local #sustainable #grassfed @EdinvaleFarm #ScotchBeef #Meatwithintegrity

Rather than watching intense US factory farming, why not enjoy watching 200 UK Devon grass fed dairy cows slowly make their own way in from a day's grazing to get milked #MeatAThreatToOurPlanet#teamdairy pic.twitter.com/uz0cUND4pA