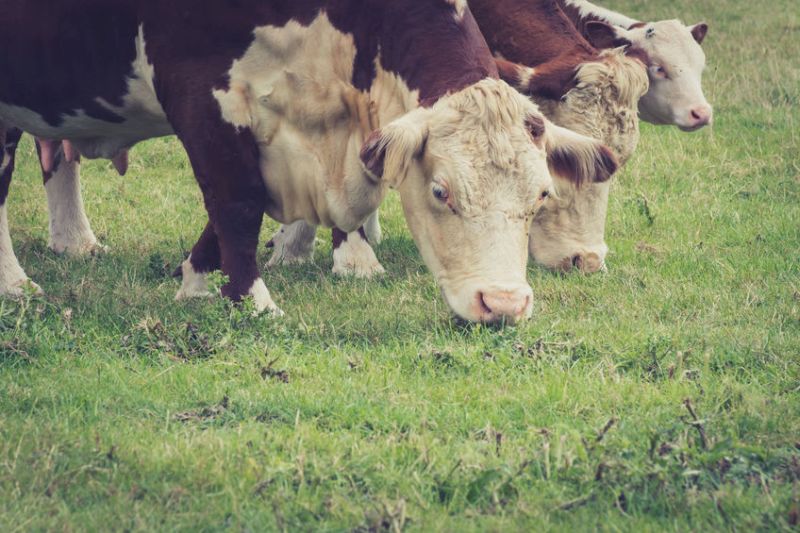 There is concern that with over 70% of cattle being processed by a handful of companies who supply 10 retailers, this lack of competition allows value to be taken out of the market

Beef farmers are calling for urgent action to re-establish sustainable returns as figures show markets are at a three-year low.

Lack of competition between UK beef processors prevents any difference between bid prices, and a restriction in options for finishers.

The producers share of retail price is now below 48%, well under historic averages, and producers are feeling underpaid for their produce.

There is a danger that without urgent action the supply chain and government will see a 'bad situation rapidly worsen' in the weeks ahead, according to the NFU.

Vice President, Stuart Roberts said the beef sector and the government need to work together to find solutions to this 'emerging crisis'.

He said: “Beef farmers want to see retailers and processors promote Red Tractor assured, British beef through in-store promotion backed by clear labelling on pack and merchandising to help shoppers make informed choices about the origin of their purchases.

“There is real concern that with over 70% of cattle being processed by five or six companies who supply 10 retailers, this lack of competition allows value to be taken out of the market.

“We ask that farmers receive a fair and sustainable share of the retail value, which is not the case at present,” Mr Roberts said.

While the retail price for beef remains strong and steady, with only rump showing a slight reduction per kilo, finished cattle are losing value week after week.

The National Beef Association (NBA) said the demand for beef is 'far better' than currently thought.

Chris Mallon, chief executive, said: “When you combine the total lack of any substantial beef promotions, with the steady retail price, it betrays the fact that demand for beef is far better than we are being told.

“Retailers have dropped beef promotion over the last five years, and have lessened their commitment to UK beef farmers, as shown by the plethora of false in-house farm brands.

“Retailers and processors need to realise that a cup of coffee at a show does little to equate to the almost £4million less paid to farmers for cattle last week, compared to 2018.

“We import over 20% of the beef we consume, and strangely Irish beef is ahead of some regions of the UK, before it has been imported into GB,” added Mr Mallon.

“The same companies creating waiting lists for UK cattle, are conversely filling their British based customers with imports from the Republic of Ireland, and other countries.”

The beef sector is urging Defra and AHDB to prioritise its resources to support promotional efforts at home and abroad to increase consumption of British Red Tractor beef, highlighting the standards of UK production.

The NFU is also calling on them to establish the impact of a 31 October Brexit date on overseas buyer confidence and knock-on effects to the farm gate price and adapt marketing appropriately.

“Livestock farmers want to know, what assessment has Defra made of this package? And with the majority of Irish beef entering the UK market, has this subsidy the potential to distort the UK beef price?

“Policies must be put in place now that will drive productivity and improve margins for those who keep beef cows and to help secure a better future for the British beef sector,” he said.

The dairy beef sector is faring little better, the NBA said, as the present poor prices will put pressure on dairy producers to move back to euthanising bull calves instead of finishing them.

The current processor pricing is making such production unviable, and retailers are increasing the likelihood of dairy calf euthanasia through their lack of support for British beef farmers.

Mr Mallon said: “The question has to be asked, how can a nation that only supplies 70% of its beef consumption be over supplied by domestic production?

“The problem obviously lies with an over-supply of imported products swamping the UK market. Republic of Ireland beef, in Sterling terms, is beating UK prices and yet it still has to be exported into our market. Its importation as a loss leader is one of the mechanisms being used to control the UK price,” he added.

Brexit planning by the beef industry has resulted in a surplus of beef, and has been blamed for the steady fall in prices seen so far this year.

Concerns have also been raised that processors are importing bargain basement beef from suppliers, including those from Poland, and this further adds to market distortion.

“If Brexit preparation has created the toxic beef environment at the moment, then UK beef farmers need to be seeing financial support from Defra, to ensure we are still able to produce beef after a decision is made on our future EU relationship,” Mr Mallon said.