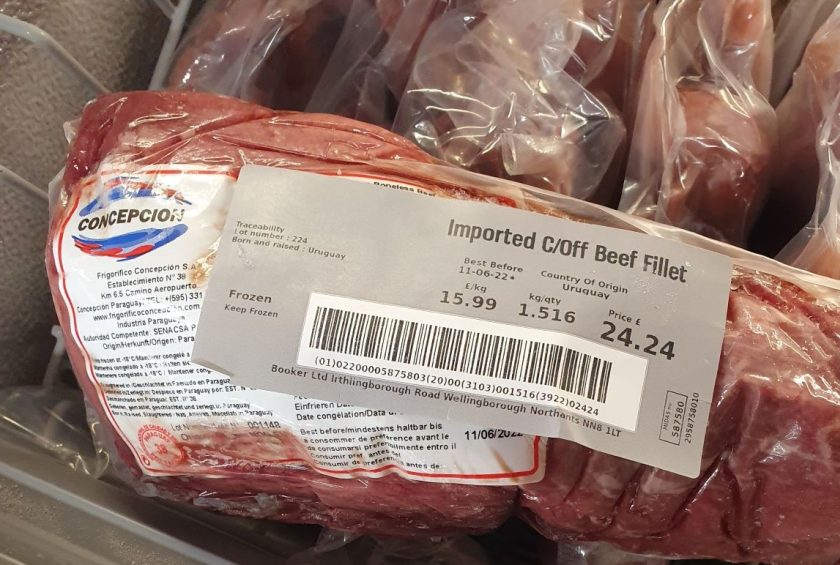 A Booker label applied on top of the label, hiding most of the original information

Beef producers have raised 'serious concerns' over the continued re-labelling of Uruguayan beef in Booker outlets.

More instances of misleading meat labelling have been found on the Tesco-owned wholesaler's shelves.

Farmers have again found that the original source label for imported Uruguayan beef had been intentionally over-labelled with one from Booker’s own corporation.

In response, Booker referenced its strong support of the British meat industry, claiming this incident to be a case of human error and ‘not in line with our required procedure’.

The wholesaler also said it ‘will now be carrying out spot checks’.

However, despite such reassurances, in a follow up visit to one of Booker’s Warwickshire stores last week, the NBA once again found labelling issues.

“It appears that, in spite of assurances, the same humans are still making the same errors,” Mr Shand said in his latest letter to the wholesaler.

The picture shows that only the best before date can be seen, with both the freezing and slaughter date covered contrary to Food Safety Agency (FSA) regulations. 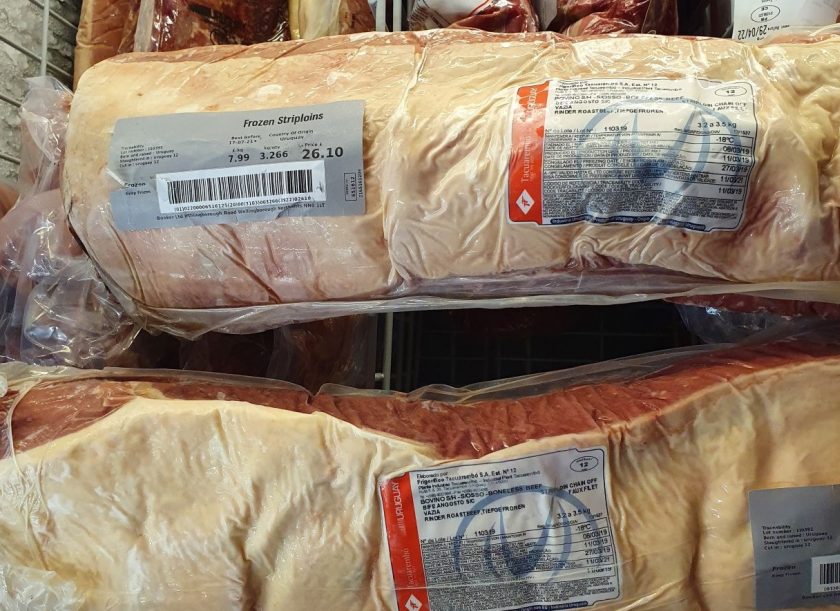 Mr Shand said the second picture was even more concerning: "Although the original and the subsequently applied Booker labels are distinctly separate, the shelf life is influenced.

"The original foreign language Uruguayan label shows a best before date of March 2021, the new Booker label extends this date to July 2021."

The NBA said the fail-safes and new procedures promised were 'nothing more than lip service', adding that it had 'serious concerns' about these practices.

“Much of this beef will end up in the service sector and will be fed to unsuspecting consumers with no idea where the beef has come from, when it was slaughtered or that it has been sat in a freezer for 23 months,” Mr Shand said.

“It is well documented that a shorter freezer life points to a better quality product - longer best before dates therefore have the potential for a bad taste experience, which may turn consumers away from a valuable source of protein."

The NBA said retailers must take more responsibility to ensure transparency, accuracy and honesty in labelling.