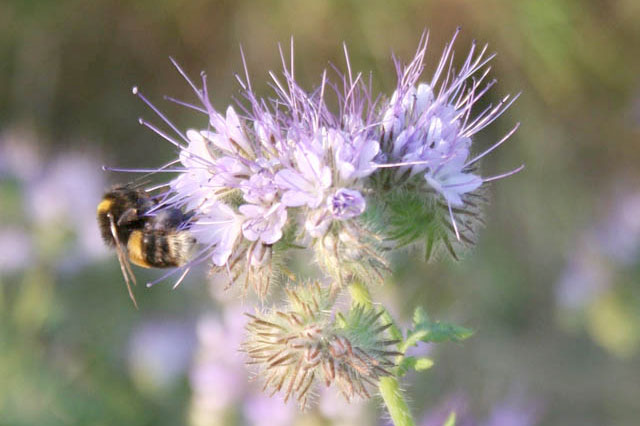 Over three quarters of Scottish beekeepers lost at least one colony last winter, according to the first Scottish bee health survey which is published today.

The survey, commissioned by the Scottish Government, was designed to assess the health status of honey bees in Scotland and gain a better understanding of how factors such as husbandry and disease affect them.

Key results of survey include:

- The highest winter losses in 2012-13 were sustained in the Highlands; the lowest losses were in Tayside

- The average Scottish beekeeper has been beekeeping for less than 10 years, manages five or fewer colonies and produces 20-29lb of honey per colony annually

- Varroa mites were present in all nine regions inspected, although smaller areas of Varroa freedom may still exist in parts of Scotland

Rural Affairs Secretary Richard Lochhead said: "Bees play a valuable role in our nation’s ecosystem acting as pollinators for many crops and wild plants – as well as producing honey and other products.

"However they can also highlight other issues which may be developing in our environment and that’s why we believe it’s important that we monitor bee health to ensure our bees stay healthy.

"The health survey published today shows that this winter has been a difficult one for many beekeepers and large numbers of colonies have been lost.

"That’s why I recently announced that we would provide £200,000 to help bee farmers restock.

"The survey will provide invaluable information about the spread of diseases throughout Scotland and provide a useful baseline to allow us to monitor the health of our honey bees in future."

A random sample of Scottish beekeepers took part in the survey which consisted of a questionnaire, inspection of all colonies within the apiary, testing a sample of bees for disease symptoms and one week’s collection from a hive debris trap.