Benefits and pitfalls of clover overseeding examined on farm 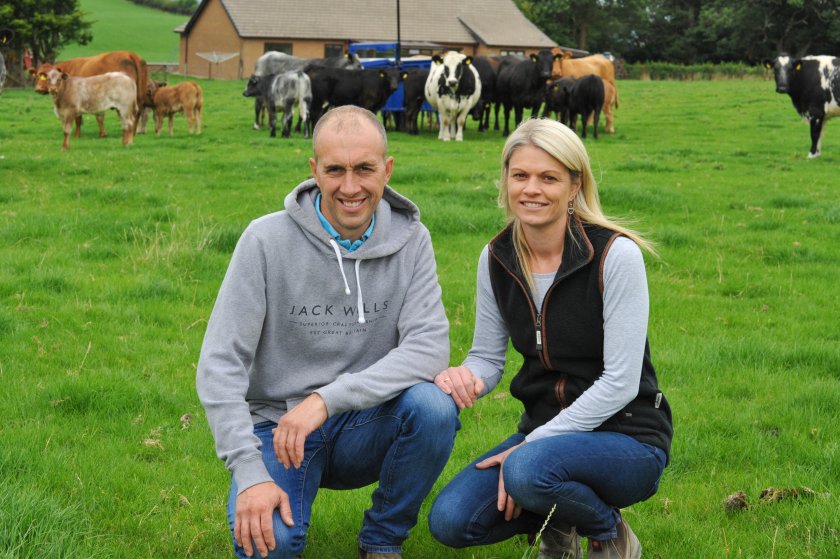 Grassland farmers aiming to maximise the nitrogen-fixing and livestock performance benefits of clover are being advised to aim for a minimum annual average of 20% in their swards.

Grassland specialist Chris Duller has been leading a project to introduce white and red clover into grazing and cutting leys at the Jones' farm Cefngwilgy Faw, near Llanidloes, Powys.

“If it’s not 20% clover, it’s not doing the job, there has to be enough clover to make a difference," Mr Duller told farmers attending an open day at the farm.

Clover is better utilised by ruminants than grass and it has higher and better quality protein, therefore Edward and Kane Jones are keen to boost content in their swards.

Trial sites were reseeded and clover included in the seed mix, but a very dry spring in 2020 resulted in very poor establishment so they leys were overseeded with clover at the end of June.

Mr Duller advised that overseeding has a high failure rate if it is not done correctly: “I see as many failures as successes," he admitted.

Timing is important – if overseeding this autumn, mid-September should be the absolute cut-off point.

If the sward has a build-up of thatch or creeping bent, Mr Duller recommends removing this a year before overseeding.

When the seed is drilled, there should be moisture in the soil and rain in the forecast, he explained.

Select the right drill for the job as a heavy drill can sow seed too deeply – clover should not be drilled deeper than 1cm. White clover can be sown at a rate of 1-2kg/acre.

“There are around 1.4 million seeds in each kilogramme, therefore you don’t need much to boost plant numbers," said Mr Duller.

He warned against sowing large leaf varieties of clover in all but dairy systems as these have a poorer survival rate than medium leaf clovers.

“Be careful when buying overseeding mixes as these often contain large leaf clover varieties which do well in the first year but can then disappear."

Care must be taken in how clover is managed in the eight weeks after sowing. Mr Duller recommends grazing for a day, but only enough to take off the top inch and a half.

“Graze again two weeks later in a similar way, just to stop the grass from shading out the young clover plants. After that it can be grazed a bit harder."

Avoid stocking heavily over the winter. “Be careful how you manage it in December and January, it its first winter, or it will disappear," Mr Duller cautioned.

Soils need to be at a pH minimum of 6 for clover to fix nitrogen, he said. “P (phosphate) and K (potash) need to be spot on too."