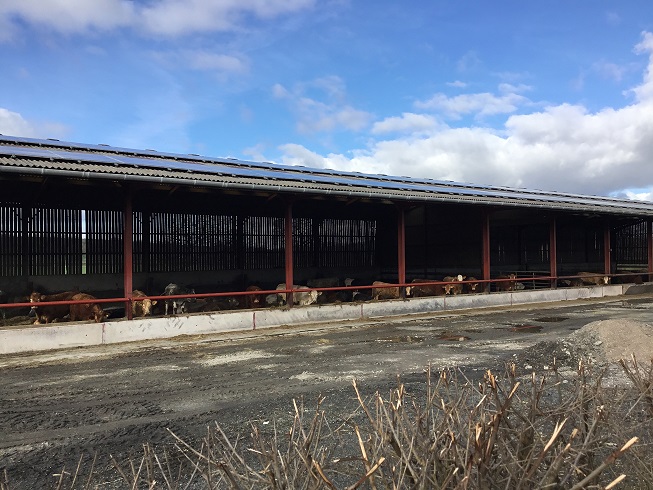 Farmers and landowners are being warned that some energy firms are trying to sell 'unfeasibly large' installations, according to experts.

Farmers have in the past been mis-sold large-scale systems that they do not need, energy consultant Roadnight Taylor explained.

When firms quote for a new renewable installation, they may push for the ‘bigger-is-better’ option.

However, most farms are unlikely to need anything that large or expensive, the firm said.

Dairy farmers Clive and Andrew Gurney installed a 38.4kW photovoltaic unit on their farm in 2012, but when later looking to expand this, a solar installer encouraged them to invest far beyond their needs.

Having installed four robotic milkers in 2016 at Abbey Court Farm, Leominster, the Gurneys were keen to continually invest in their business and improve upon the already high standards of animal welfare and environmental care.

“The whole objective of the farm was to be as sustainable as possible– from growing almost all feed to recycling farm manures and collecting run-off,” explained Clive Gurney.

“The original PV system fitted perfectly into this ethos as we have so many large, south-facing roofs and it was common sense to make use of the subsidies for self-generated energy.”

As part of the investment plan, the Gurneys started to look at reducing their carbon emissions as much as possible – something their milk buyer was also encouraging.

“One idea was to put more solar panels on the roofs, so we arranged a visit with a salesman,” Mr Gurney said.

This visit resulted in an initial quote of £143,268 plus VAT for a 120kW installation plus a battery storage unit.

“The salesman said it was fool-proof and we wouldn’t have to buy any electricity, especially if we used storage batteries, plus we could sell back to the grid,” he said.

“With anything like this, if you invest you get locked-in, so it’s important to do as much research as possible.”

Spilling so much excess energy onto the grid would have earned relatively little, according to Roadnight Taylor.

The farming business would have had to invest in extra plant to handle the extra power, adding £10,000 to the costs.

Roadnight Taylor said they needed no more than an extra 25kW of solar panels to best meet its demands, with a payback of about 8 years and a net benefit of around £2,000 a year, after the initial installation costs.

The energy firm also identified low-cost energy efficiency measures, and noted the potential for a small AD plant to use the farm slurry.

Mr Gurney said: “As a result, we didn’t undertake any further expansion to our solar panels and are now looking at the other potential areas in which to invest.”

Given the complexities of running a farm business and the changing renewable markets, seeking independent advice is incredibly valuable, he said.