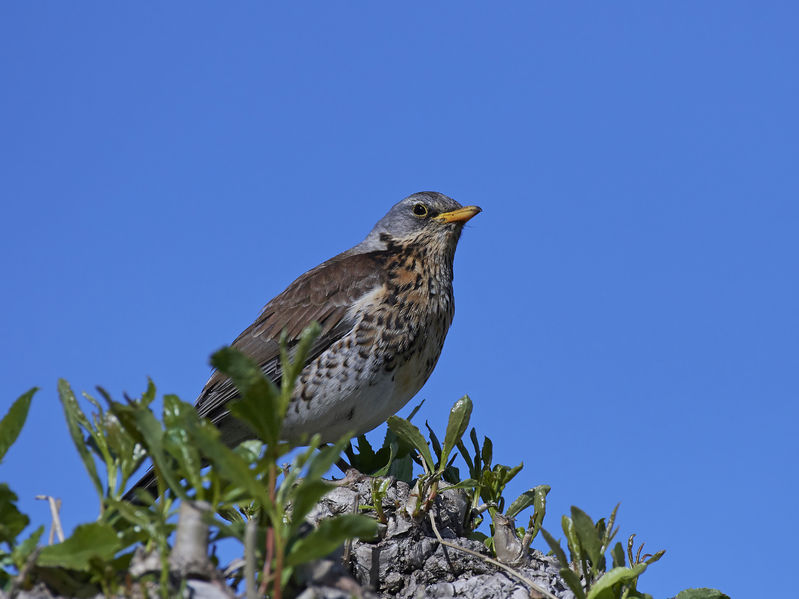 Farmers are uniting to show their 'vital role' in protecting the UK's wildlife as the annual farmland bird counting initiative is set to commence next month.

With veganism, climate change and even lab-grown food all hot topics in the news, the public debate about the future of farming has intensified in recent weeks.

Britain’s farmers are now keen to highlight that, as well as providing the nation’s food, they are also playing an important role in protecting the environment and habitats.

Next month sees the seventh Big Farmland Bird Count (BFBC) – a national initiative for farmers to count the birds they see on their farm.

Last year more than 1,400 farmers took part in the count to see what was on their farm, with some encouraging results.

Over 30 red-listed species, those with the highest level of conservation concern, were among the 140 different birds spotted.

These included fieldfares, starlings, house sparrows and yellowhammers – all of which were seen by over 30% of farms taking part.

The 2020 Big Farmland Bird Count will take place from 7-16 February and offers a way of recording the effect of conservation schemes put in place by farmers and gamekeepers.

Introducing wild bird mixes and providing supplementary feeding both provide food through the leaner months of the year, supporting bird species when they need it most.

The Game & Wildlife Conservation (GWCT), the group behind the initiative, says that by monitoring the positive impact, farmers feel a sense of reward and will share their success stories with others.

The results are not just a celebration of the individual achievements of the farmers involved, they give an insight into where certain bird species might be thriving and where more work needs to be done.

This national picture also helps to show where subsidies and environmental schemes are succeeding and where improvements might be needed.

The BFBC was launched in 2014 to highlight the work done by land managers in helping to reverse the decline in farmland birds and is led by Dr Roger Draycott, head of advisory services for the GWCT.

He said: “Farmers have a vital role play to play in the future of many of our most cherished farmland bird species.

“As over 70% of the UK is managed for agriculture farmers manage our largest songbird habitat, but their efforts to reverse bird declines are often unrecorded. We believe our Big Farmland Bird Count will help remedy this.

“It is also amazing what a difference knowing about the birdlife on your farm can make. By appreciating how small changes can bring about a real uplift in the number of birds, farmers we work with have found new enthusiasm for their work,” Dr Draycott said.

“That’s why we’re encouraging farmers who haven’t taken part before to give it a go and see what they find.”