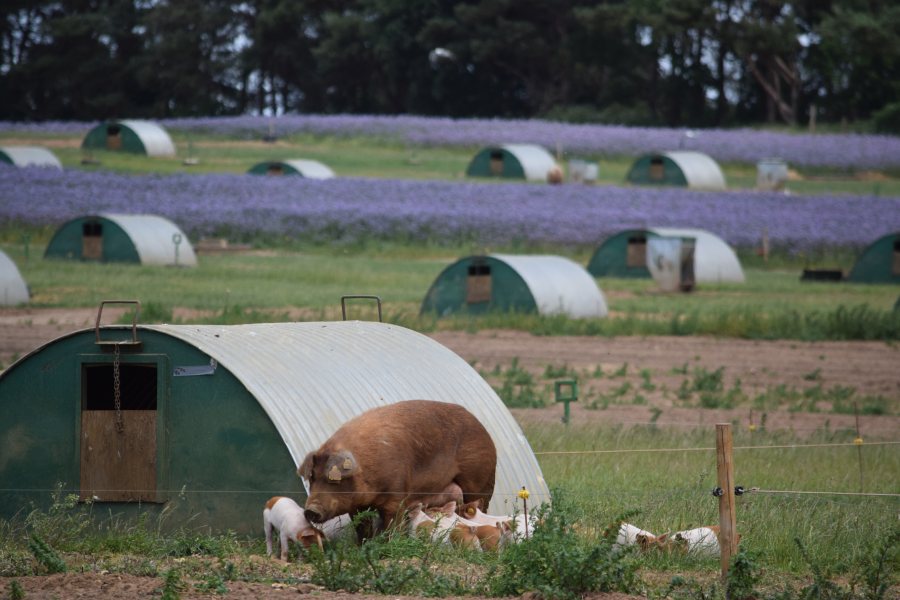 Five years ago the Hayward’s began growing blocks of nectar rich wildflowers which have helped to boost bee numbers and grow their high-end pork brand.

Dingley Dell Pork was created by brothers Mark and Paul Hayward in 1999 with the aim of producing high quality pork as a way of bringing stability to their business during what was a financially challenging period for the sector.

Since then, the Suffolk business has gone on to develop a unique, heavily marbled, pork that is popular within high-end restaurants across the world.

Mark’s daughter Grace is now heavily involved in the business and has played a key role in strengthening the brand in recent years.

“When my dad and uncle first created Dingley Dell it was primarily because they wanted to make themselves, as the producer, a more important player in the supply chain at a time when selling pork commercially was very difficult,” she said.

“Initially they sold into retail, but they quickly realised that they were competing against a large number of products and were producing at a higher cost because their animals were kept outdoors.”

They built a strong relationship with catering butcher and food processor, Direct Meats, and the bulk of their animals now go into restaurants as a high-end product.

Grace said: “They decided that there was potential for Dingley Dell to become the ‘go to’ brand for top chefs, and this has proven ideal for the business because it gives more power to us as a producer by cutting out the middle man.”

“This means that it is beneficial for our business to focus on the quality of the meat, the welfare, and conservation because it is not just about us maximising our output.”

As a result, around five years ago the Hayward’s began planting wildflower mixes across their farm in an attempt to boost bee populations and wider biodiversity.

Grace said: “Bee numbers are decreasing year on year and they are suffering particularly from a problem called the ‘June gap’, because there is a real shortage of nectar rich species that flower during that month. 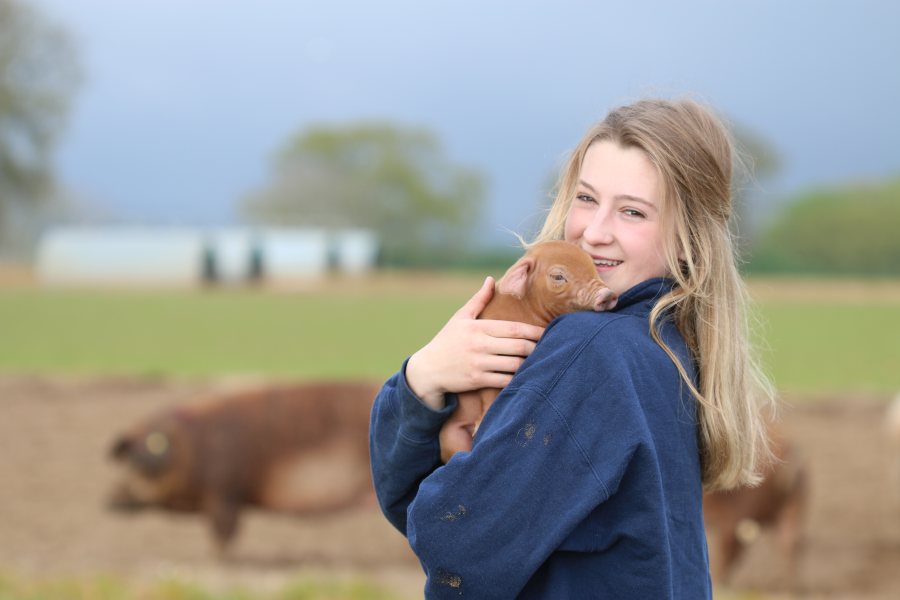 "So, the primary aim of our project has been to ensure that there is an abundance of nectar available for bees at that time of year.”

The family did a lot of research into what species would support bees the best and have mainly been planting mixes that are thick with a plant called phacelia, which flowers during the ‘June gap’.

“We plant 83 acres of these nectar rich mixes around the farm each year,” Grace explained.

Grace said that the results have been plain to see: “Last summer we did a bee count to see how successful the project has been and found that we had over a million bees on the site in one day, which is considerably more than we were expecting.

“The focus on bees is something that we would like to see other farmers getting involved in, but it is about changing the mindset, even just small strips around headlands can make a real difference.”

"For example, when the seeds die off we get huge numbers of swifts coming in, so what we are doing for the bees has a knock-on effect on the rest of the environment.” 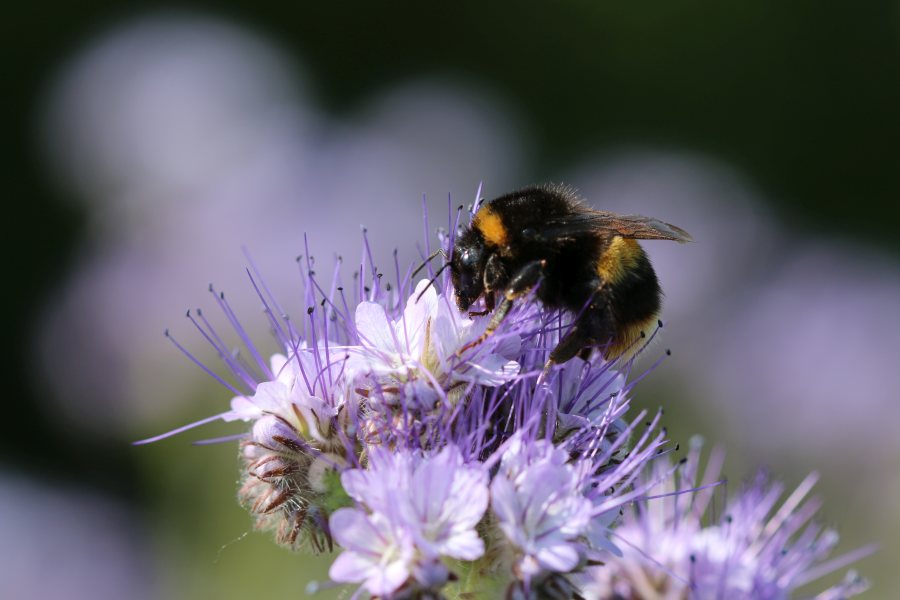 As part of growing the Dingley Dell brand, the Hayward’s have been developing a type of pork that has high levels of marbled fat.

“In beef, marbling is a really big thing that chefs are looking for, so we saw an opportunity to bring that to the pork sector," Grace said.

“We teamed up with a meat scientist and now scan each live animal, rating them on a marbling scale, so that we can breed the most heavily marbled males and females together.

"This means that our levels of marbling increase each year, so much so that the Red Duroc’s we farm have now developed into their own breed recognised by Defra, called the Suffolk Red.”

The unique nature of Dingley Dell’s marbled pork has enabled them to push into new markets.

“We operate nationwide, and a lot of our meat goes into London, but we also export to 21 countries across the world,” Grace explained.

“It began with my Dad and Uncle going to a trade show in Hong Kong a number of years ago and from there it really snowballed. 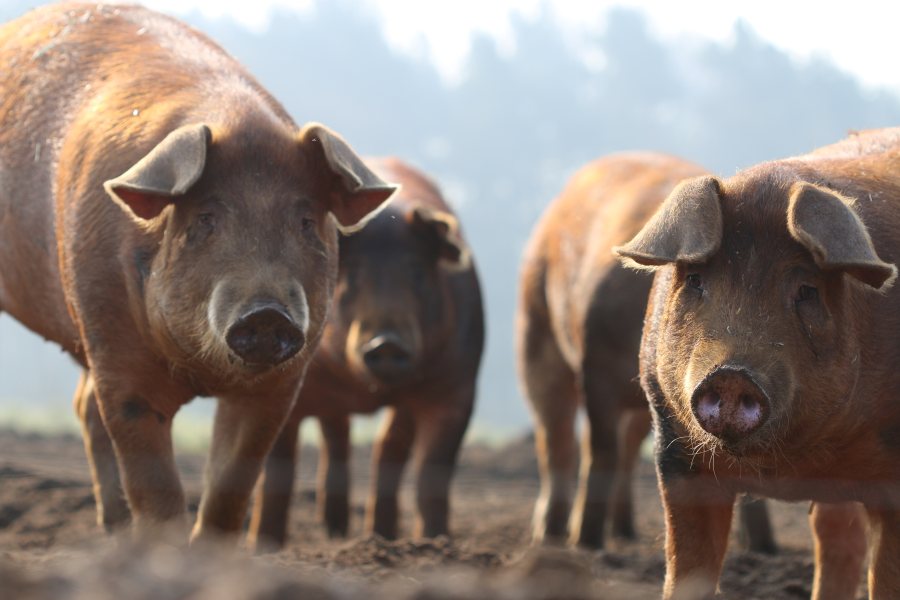 "Our product is so unusual, in a similar way to Wagyu beef, that it really stands out, and because chefs talk to each other a lot, once your name is out there it can spread quite quickly."

With so much of their business going into the food service sector, the Hayward’s were forced to adapt when the pandemic hit and hospitality ground to a halt.

Grace said: “We had to adapt quite drastically to realign our business back to retail, but now that things are opening up again we are hopefully going to see a really strong summer for both sides of our business.

The family have also started making cured meats: “Just before the pandemic hit we had completed a new factory full of Italian machinery to launch a new charcuterie range.

"Our market for that in catering disappeared overnight and we launched an online store called ‘Dingley Dell Cured’ in June 2020 to make the most of our new facility and sell direct to the consumer,” Grace said.

“In the future we can see a lot of uncovered potential in the charcuterie range, and we have just taken on a new member of staff who is an expert in that sector to really push those products into restaurants and hospitality.

"With the rest of our pork range we want to continue to expand our export base and become a brand that is renowned across the globe, whilst farming in a sustainable manner.”