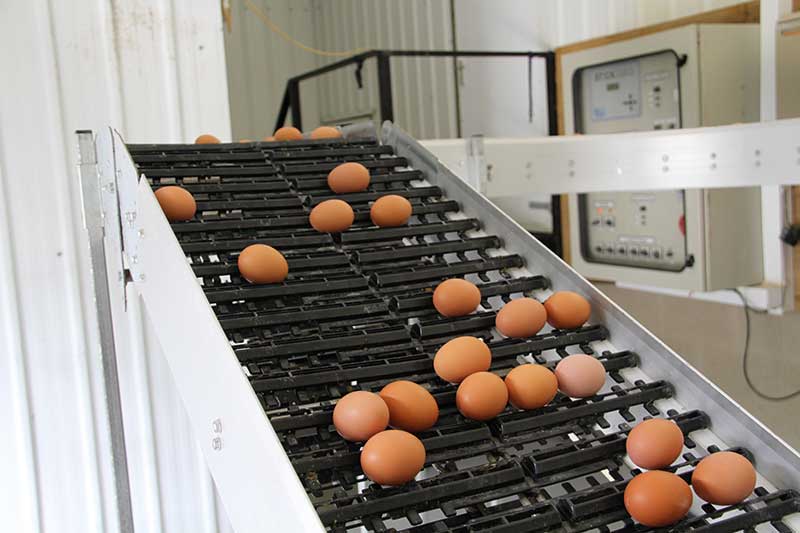 The egg industry has raised concern over difficulties faced by those exporting 'seconds' to the EU following the end of the Brexit transition period.

Cracked eggs, combined with eggs dirtied by cracked eggs on a transporting conveyor belt, can contribute to a high percentage of those being classed as 'seconds'.

Since the Britain's departure from the EU Single Market at the start of this year, significant difficulties have arisen for those exporting seconds.

Although a trade deal was reached, there was no agreement on specific pathogen free (SPF) requirements, meaning that the UK is now treated as a third country.

As a result, exports of unfit liquid egg are staying in GB and are often used for either anaerobic digestion or rendering at minimal cost.

The British Free Range Egg Producers Association (BFREPA) said it was 'disappointing' that the export of seconds had effectively ended due to the EU’s third country import requirements.

CEO Robert Gooch said: "The requirement for the shell to be marked with the Producer Establishment Number, Class B indicator and ISO code ‘GB’ is only one of the many that are affecting our sector due to trade issues resulting from GB leaving the EU.”

“The fact that Northern Ireland has remained in the Single Market, but the rest of the UK has not, has added even more complications to the trade in eggs and chicks.

"Increased paperwork, delays, and non-tariff barriers were all predicted by BFREPA when it lobbied for the UK to remain within the EU.

"As a third country, there are no easy options to remedy these kinds of trade issues other than planning for the extra costs that will inevitably arise.”

Mark Williams, chief executive of the British Egg Industry Council (BEIC), echoed this, adding that there had been 'lots of issues' with paperwork.

"There have been some problems at ports, for example with the export of unfit melange, which is an issue we are liaising with government on,” he said.

He explained that these requirements were here to stay but, in time, would hopefully become easier to manage.

“As people become more used to it, the paperwork will become easier, but the SPF requirements that are in place will not change unless the EU is prepared to change their export health certificate and reduce the SPF barriers.

"We are raising these points with government because we cannot have Brexit creating added costs and difficulties for our industry.”