Brexit: 'Farmers for a People’s Vote' warn of farms failing 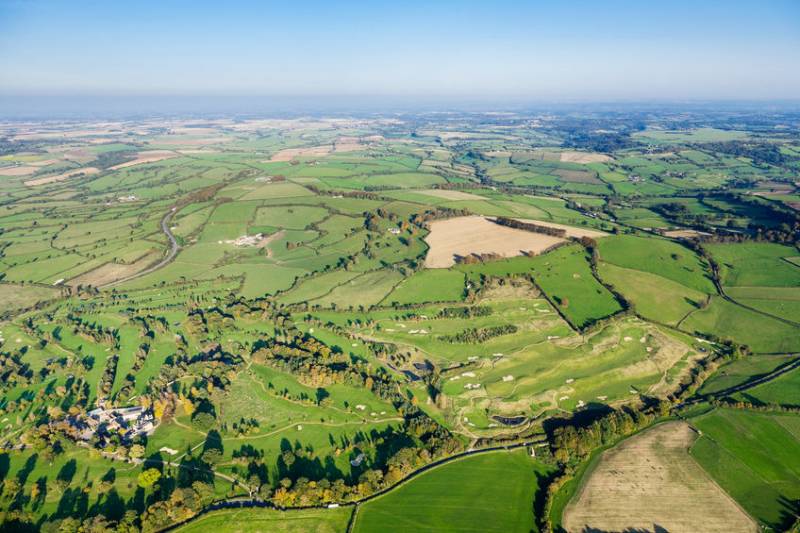 Farmers who are campaigning for another vote on Brexit have highlighted how a no-deal could put over half of farms out of business.

The new report, launched by ‘Farmers for a People’s Vote’, details the 'devastating impact' a no-deal Brexit would have on farmers and the agricultural sector.

Written by Dr Sean Rickard, former Chief Economist of the NFU, it warns that such a scenario could potentially put over half of UK farms out of business.

The report was launched on Wednesday night (14 August) and was preceded by a small flock of sheep being herded past government buildings to further highlight the report's warnings.

“Many industries will suffer, but the industry that would suffer the most serious economic shock will be agriculture,” Dr Rickard said.

Parts of the farming and agricultural sector have been outspoken about the risks of an abrupt exit from the EU would present to the industry.

The National Sheep Association said that 96% of all the UK’s sheep meat exports go to the EU, and that “with a no-deal, that would become untenable. Farmers would stop trying to export the lamb and flood the local market, and would not be able to sell it.”

The EU has said it could take up to six months to authorise imports from UK food producers.

The NFU said this would be a de facto trade embargo, leaving sheep farmers with no option but to slaughter surplus animals.

Minette Batters of the NFU has warned: “If there isn’t a deal with the EU, high export tariffs could effectively mean we have no market for four-and-a-half million lambs.

“A no-deal Brexit could decimate those farms up and down Britain, from our uplands to the Welsh mountains, to the rolling hills and the English lowlands.”

Farmers for a People’s Vote aims to draw further attention to Brexit. It will bring together farmers and stakeholders who want to campaign for the public to be given another say on the matter.

Dr Rickard said: “Boris Johnson has made it very clear that his over-riding priority as Prime Minister is to take the UK out of the EU by 31st October, if necessary with No Deal, no matter what the cost to the country’s economy and security.

“It is impossible to project the exact number of farmers who will go out of business. What we do know is that over 40% of them will have no net income if the basic payment is removed.

“If at the same time the government removes all tariffs and so depresses prices, these two factors combined will render over 50% of farms in this country unviable.”

He added: “The possibility of any compensation from the government going anywhere near offsetting this is remote because so many promises have been made to so many other sectors and not all can be fulfilled.”

Guto Bebb, a Conservative MP supporting the People’s Vote campaign, added: “Farming is at the very heart of what makes this country great.

“To put that all at risk for the sake of pursuing a disastrous no-deal for which the public haven’t given their consent would be an outrage against democracy.”