Bringing it to the table - farming women who mean business 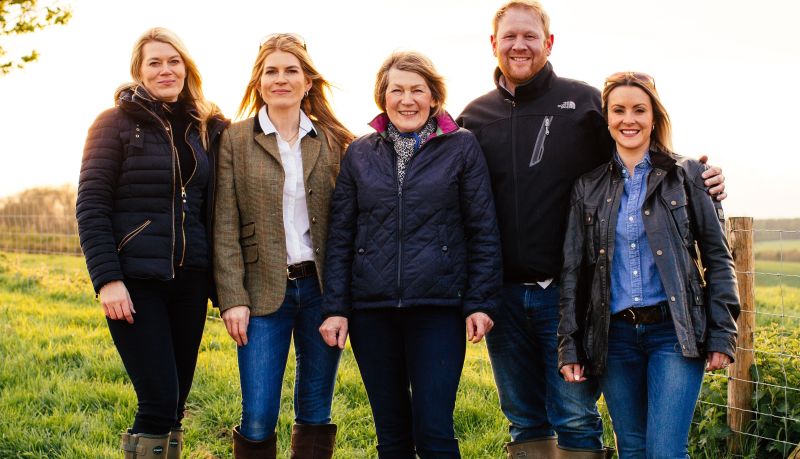 Sarah Louise Fairburn has told her empowering story of her role in making one of the UK's largest egg producers the success that it is today.

It follows the launch of #AgriWomen24 campaign in June, which aims to celebrate women in agriculture.

Sarah Louise’s journey began when she worked as a business improvement driver for Yorkshire Bank and her paths crossed with Daniel Fairburn – who had been in farming all his life at L J Fairburn & Son Limited.

After getting married and having children together, she began helping around the farm, only to realise that as the business grew, so did the need for her to become more involved.

Starting work in reception to taking a role in both marketing and IT, Sarah Louise was able to grow with the business and help the business grow from the ground up.

She said: “I am incredibly proud to have been part of the team that, in 2012, helped transform the company’s business model and infrastructure.

She said Fairburn's moved from a small farming business to a major food enterprise in just seven years.

"To do this we strengthened the company’s loyal producer network, looked at new and industry-first ways of working with farmers, sought novel and sustainable approaches to welfare and directed new product development and innovation.”

She further recalls her fundamental role as Brand and Sales Director and shares the impressive figures: “From 2011 to 2018, turnover grew by over 450% and the business grew from being the 13th largest egg packer to the 2nd largest.

"The strategic approach of cutting out the middleman and securing multiple supermarket contracts had never been seen in the history of the egg industry.

"We built strong relationships and trust with those retailers so they had faith in us.”

Now, Sarah Louise has moved to her new exciting position as Commercial and Sustainability Director.

She will not only be working closely with farmers, but constantly reviewing the market for a more sustainable future.

“’Growing and ongoing’ is our philosophy,” she says.

One of Fairburn’s flagship products showcases the power of reacting to opportunity.

Sarah Louise says: “We saw that blue eggs were in short supply in the shops and wanted to help fill that gap in market.

"And because we are passionate about high welfare systems, we decided to rear our own. It took two and a half years and a £1m investment to perfect the breed”.

“In 2017, the eggs became the first hens’ eggs to win a Great Taste Award. Our British Blues® are now sold by the likes of Aldi, Asda, Costco and Lincolnshire Co-Op.”

The Impact of Covid-19

Throughout the pandemic, farmers and food producers have kept the country fed, and it is evident that Covid-19 has highlighted the value of the work that the global agriculture community plays.

Sarah Louise states: “Our work as an industry, and our ‘hidden heroes’, were acknowledged by the Environment Secretary George Eustice for delivering a vital service at a time of need.”

As for the impact on the industry and market, she explains that, “A rise in demand for food has certainly been evident during lockdown.

Food processors in Lincolnshire supplying food retailers are reporting that sales have risen by between 15% and 30% since early March, and some products have enjoyed even higher growth.

Food retail sales in Lincolnshire are up nearly 20% overall, and online deliveries have increased by 80% since early March.”

The Women in Agriculture campaign began when Ruth Parkes and Kathryn Taylor took to social media to invite females across all sectors to share their passion for farming.

Reflecting on the #AgriWomen24 initiative, which has been supported by Vencomatic UK, Sarah Louise expresses her views on the importance it plays in the future perception of women in the industry.

“It’s a great way to show that we need to give women opportunities in business and the ability to learn and grow.

"I started out in all sorts of roles within our business – and I believe working within an operation from the ground up is key to learning how each part of it runs day-to-day and making it more successful.”

From her experience as a female within the industry, she argues that: “In the beginning it was a huge point of difference to have a woman at management level within what had previously been a predominantly male industry.

"At Fairburn’s there continues to be a 50/50 split when it comes to males and females in the management team. This model works well for us and has always been the best way to work.

"We fully believe the best person for the job isn’t based on gender, race or anything else – but on their ability to do the job”.

Finally, she finishes with her advice for the women both in and out of the industry who want to achieve their goals.

“Have confidence in yourself and be tenacious. It is a competitive industry, and there will be hurdles and challenges, but if you have a positive attitude you can overcome anything.

“I try not to say no to anything, but find a way to make things possible and to find a solution.”