British agriculture could be 'sacrificed' in interest of free trade, report states 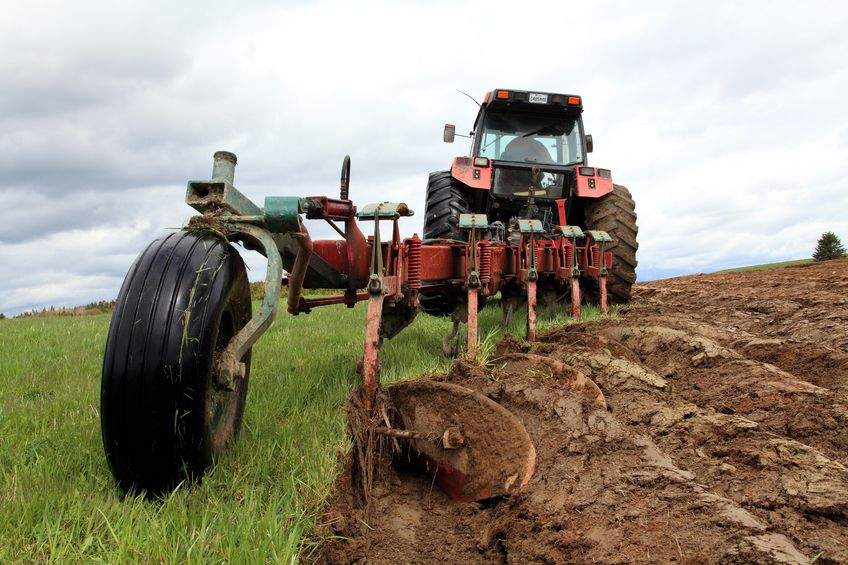 British agriculture could be sacrificed in the interest of free trade in a vision of a post-Brexit United Kingdom outlined in a report published by a right wing think tank.

The report, from the Institute for Economic Affairs (IEA), suggests that the UK should adopt universal free trade following its withdrawal from the European Union - a suggestion that is completely at odds with what farmers' leaders have been seeking.

The NFU and other farmers' organisations are pressing for continued access to the EU single market following Brexit and are concerned that completely free trade with countries outside the EU could leave British producers unable to compete with imports produced to lower standards from other parts of the world.

But the author of the report, economics professor Kevin Dowd, says the UK would benefit from adopting universal free trade.

Whilst "protected sectors" like farming would be adversely affected by such a policy, suffering job losses, he argues that free trade with the world would benefit British consumers and the vast majority of British workers.

"Around 92 per cent of UK workers work in non-protected sectors. Abolishing tariffs would create more jobs in those sectors and easily offset the loss of jobs amongst the eight per cent of workers whose sectors would lose their tariff protection," he says in the report, entitled 'A Trade Policy for a Brexited Britain.'

"Protection is bad because it interferes with this natural market adjustment process. In particular, and leaving aside its costs to consumers, the long- term effect of using tariffs to protect jobs is to keep workers trapped in uncompetitive low-paying jobs.

"I am not suggesting that those who advocate such policies intend this result, but it is the result nonetheless," he says.

"These higher costs cut into their employers’ profit margins and lead to lower wages and fewer jobs in non- protected sectors."

'Trade as freely as possible'

Kevin Dowd, who is professor of finance and economics at Durham University, a member of Economists for Free Trade and a research fellow of the Independent Institute and a partner in Cobden Partners, says in his analysis that the primary objective of trade policy should be to promote the interests of UK consumers, not producers.

The UK’s best post-Brexit trade policy would be to trade as freely as possible with the rest of the world, he says.

"Free Trade would bring considerable benefits to the UK. These benefits include lower consumer prices, greater productivity and higher wages. Free trade is also progressive in its impact: the poor benefit proportionately more than those who are better off," he says.

"It is in the interests of UK consumers and UK importers generally to buy as cheaply as possible, which implies that tariffs are a form of self-harm.

"The UK should, therefore, commit to a policy of unilateral free trade with the rest of the world, thereby eliminating all barriers to imports, and it should do so regardless of whether other countries impose tariffs on their imports from the UK or not."

He says this should be supplemented by efforts to reach free trade agreements with major trading partners - particularly the United States, Canada, Australia, New Zealand and the European Union.

The Agri-Food and Biosciences Institute has looked into the impact on agriculture of various post-Brexit scenarios.

The AFBI report, which was produced by Professor John Davis, Dr Siyi Feng and Dr. Myles Patton in conjunction with the University of Missouri, issues a stark warning about the effect of universal free trade.

"This scenario has a depressing impact on UK prices and output values across all commodities, particularly in the beef and sheep sectors where international competition is very strong," it says.

"We project a large increase in imports in these sectors from the rest of the world and significant downward pressures on UK prices and production.

They say: "All sectors experience price and value of production declines under the unilateral trade liberalisation scenario. The impacts are particularly marked in the beef and sheep sectors.

"Producers in the rest of the world are very competitive in these sectors and the complete elimination of tariff protection would clearly impose great pressures on those sectors and lead to significant restructuring in the medium to longer term," says the AFBI report.

But Kevin Dowd argues in his report that protection is bad for the UK. "We must also address head-on the argument that any particular industry should be protected to keep current jobs.

"Instead, these industries were allowed to disappear. Had they been protected, those who worked in them (or their descendants) would still be stuck in their protected jobs and earning correspondingly low wage rates.

However, farmers' leaders have stressed the need for equivalence when it comes to food imports. British farmers produce to high standards of hygiene, health and animal welfare and they say that imports should be required to meet those same standards.

The AFBI report says that the least impact on farming post-Brexit would be achieved through negotiating a free trade agreement with the European Union.