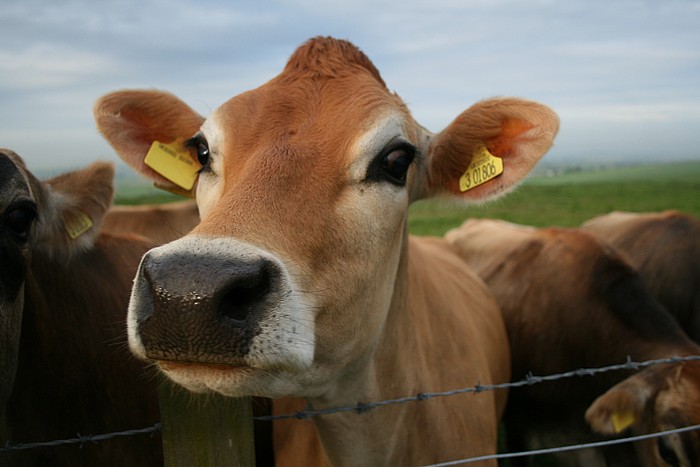 Hailing from Cumbria to Cornwall, Pembrokeshire to Somerset, the dairy companies ranged from small, family-owned and run enterprises to an exporter of UK cheese and a producer of luxury ice cream from Jersey cows
Sign in to add your own press release SIGN IN Register

Exhibiting at FHC, China’s global food trade show, they were joined by Environment Secretary Elizabeth Truss to take advantage of the growing demand for British foods such as cheese and ice cream, and to drive exports to strengthen the UK dairy industry’s reputation as a provider of premium produce.

Environment Secretary Elizabeth Truss, who was in China to discuss exporting British dairy products to the country, said, "UK food has an excellent reputation the world over, and China presents a fantastic opportunity for our dairy farmers to take advantage of a growing demand for top-class British produce.

Exports are a crucial part of growing and strengthening the dairy industry and a key part of our plan is to see new markets opened, so that the sector can become more resilient, competitive and profitable.

The UK already has a commercial agri-food counsellor in the UK’s embassy in Beijing to sell British produce and significant export growth has already been achieved. However, I am determined to see exports rise even more and that’s why I’m delighted the British dairy businesses here at FHC are grasping the opportunity to build relationships, show off new products, source distributors and increase their number of stockists in China."

With a population of 1.3 billion, a rapidly growing middle class and a total specialist food import market expected to be worth £39bn next year, China offers huge potential for the future of the food and farming industry. Since 2010, British food and drink exports to China have more than doubled to £280 million, the fastest-growing of which are dairy products, pork, beer and tea.

Based in Wellington, Somerset, Somerdale International is a regular at FHC, making its fourth visit to the event. An export company representing a number of British cheese-makers, its wares include West Country Farmhouse Cheddar, Blue Stilton and flavoured cheeses.

A 25-year-old company, Somerdale emphasises the importance it places on building existing relationships and having a long-term commitment to the Chinese market, and will be revealing new products at the event. A Shanghai-based employee fluent in Chinese is another element of the company’s successful foray into the export market.

Stephen Jones, Managing Director of Somerdale, said, "Every time I visit China I find something new and exciting, it changes so quickly. Cheese for the Chinese is so new they have no pre-conceptions and are always ready to try something different."

Based in Kendal beside the Lake District National Park, is a British pharmaceutical research company that specialises in manufacturing healthcare products.

Kendal Nutricare is using this opportunity to promote its new Kendamil infant formula range, which has Red Tractor accreditation for using British farm-assured milk. The company obtains fresh pasteurised whole milk to high infant-grade quality from a local dairy in the northwest.

Ross McMahon, CEO of Kendal Nutricare, commented that “in China, distributors recognise whole milk formulations as superior to those made from skim milk”.

For the first time, Jersey Dairy, based on the isle of Jersey, is exhibiting at FHC. Having already built a good level of awareness of its brand in Hong Kong with sales of UHT milk, butter and ice cream, the company aims to promote its Luxury Ice Cream to buyers from across China and other Asian markets and increase the number of stockists selling the product.

Jersey Dairy differentiates itself from other businesses by highlighting the high calibre of its milk, from pedigree herds, and the way it processes its milk, enabling full traceability of its supply from a farmers’ co-operative.

It has found the Chinese market has a propensity for whole milk with a higher fat content, so emphasises that Jersey whole milk contains a higher fat percentage than milk from non-Jersey cows and is therefore creamier than other international brands. Jersey Dairy’s plans don’t stop there though, with plans to introduce other products in 2016.

Bob Jones, Head of Marketing & Export at Jersey Dairy, said, "Jersey Dairy has increased its export volumes by 116% in the last two years and is seeking a quantum leap in demand with its entry to the Chinese market. FHC offers a high-profile opportunity to explain the premium nature of our dairy products to buyers from East and South Asia. Our farmers on Jersey are preparing to meet demand with increased milk supply. It is an exciting time for dairy farming in Jersey."

Attempting to break into the Chinese market is Fayrefield Foods, creators of the brand Collier’s Powerful Welsh Cheddar which is produced to a unique recipe in a single creamery in Llandrynog, North Wales. Matured, cut and packed at the company’s processing plant in Cheshire, the strongly flavoured cheese is popular in the UK and is the largest Welsh-branded cheddar.

An experienced exporter to other countries, Fayrefields is on the hunt for an established distributor in China to promote their Collier’s brand.

Alastair Lyon, Export Manager at Fayrefield Foods, said, "FHC will provide an opportunity to learn more about what is a dynamic market and talk to local buyers and consumers. Cheese consumption per capita in China is quite low compared to European standards but I would expect this to increase as consumers’ tastes become more adventurous. One mission in particular is convincing local consumers that cheddar is not necessarily mild and a burger accompaniment, but something that, when matured, can be appreciated and savoured on its own.

It’s an exciting time for Fayrefield Foods as we continue to expand our processing facility and extend our customer base."

A family business that exports its Cornish clotted cream to Hong Kong, Rodda’s in Redruth is spreading the word about Britain’s culture of afternoon tea. Cornish clotted cream holds EU Protected Designation of Origin status, meaning it has to be made in Cornwall with Cornish milk and Cornish traditional processes.

It is this recognition and the product’s unique role within the afternoon tea that Rodda’s aims to share with the Chinese consumers. Gaining a better understanding of the afternoon tea’s culture and importance within mainland China is a significant element of this process.

Nicholas Rodda, Managing Director of Rodda’s said, "This event will allow us to gather more cultural information about Chinese consumers. Rodda’s Cornish clotted cream is integral to the ‘perfect afternoon tea’ and we aspire to deliver the quality experience that our customers have become accustomed to, so we need to understand how different countries and cultures experience this."

Pembrokeshire-based Daioni exports organic UHT plain and flavoured milk, selling to a local distributor in Shanghai, who then sells the products throughout mainland China, and a distributor in Hong Kong.

Established over 40 years ago, Daioni differentiates itself through its heritage and quality product. All Daioni organic milk comes from British farms accredited to the Soil Association. In addition, Daioni holds organic accreditation from the China Quality Certification Centre, the first British dairy brand to receive such a license in mainland China. This helps ensure the produce is traceable and strengthens consumer trust in the product.

The business’ approach to the event is two-fold: to explain the concept of organic farming and to meet the food service and retail buyers to gain a greater understanding of Chinese dairy consumption.

Laurence Harris, founder and director of Daioni, commented, "The demand for quality and organic dairy products continues to rise in the greater China region. Daioni is committed to expanding in this key market – allocating new resources and local manpower to developing this area of our business. Above all, we are focused on delivering quality, nutritious and traceable organic milk products to mainland China and beyond."