British farmers must be number one supplier to UK market, NFU says 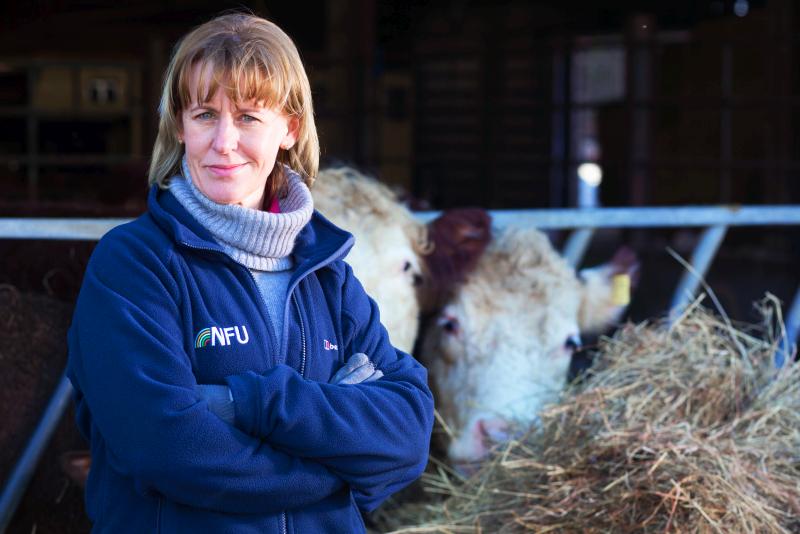 The NFU President says public run services such as schools and the NHS should be “wherever possible, sourcing British assured ingredients”

The NFU has revealed its vision for British farmers to become the number one supplier of choice to the UK market.

It says British people should be able to enjoy more sustainable, quality British food at a range of different prices that suit all incomes.

The farming union suggests public run services such as schools and the NHS should be “wherever possible, sourcing British assured ingredients”, except for products unable to grow in the UK.

The NFU said the foundation of this policy is a partnership between farmers and Government, where farmers feel empowered to design and deliver change in farming matters.

It also insists that farming businesses must remain sustainable, profitable and progressive post-Brexit.

The comments come as Defra's consultation on a domestic agriculture policy closes today (8 May) after 10 weeks of seeking industry opinion.

The paper is a once in a generation chance to ensure farming’s voice is heard as the UK government shapes future agriculture policy.

The NFU has laid emphasis on the three cornerstones it believes should be central to the future of farm policy. Those cornerstones are productivity, volatility and environment.

NFU President Minette Batters said the industry is now on the "cusp of a pivotal moment" as the UK leaves the Common Agricultural Policy (CAP) and "takes sovereign control of agricultural affairs".

“I want British farmers and growers to remain the number one supplier of choice to the UK market, and I want British people to be able to enjoy more sustainable, quality, affordable British food at a range of different prices that suit all incomes,” Mrs Batters explained.

“A future farm policy could uplift British farming’s ability to produce food for the nation, giving us greater security in the supply of safe, traceable and quality British food that the public trust. The policy could further enhance our reputation for high-welfare British food, which delivers for the environment, across the world.

“Caring for our iconic countryside and supporting investment and growth in rural areas is part of the unique and irreplaceable role that British farming plays in society. It’s the bedrock of the UK’s largest manufacturing sector, food and drink, which provides 3.8 million jobs and contributes £112 billion to the nation’s economy.

The NFU President added: “We’re making the case for a policy that respects the vital work of farmers as food producers, but also in delivering goods for wider society, and for this to be rewarded fairly. Without this, we cannot expect to enjoy the benefits that come from sustainable, profitable and progressive farm businesses.”