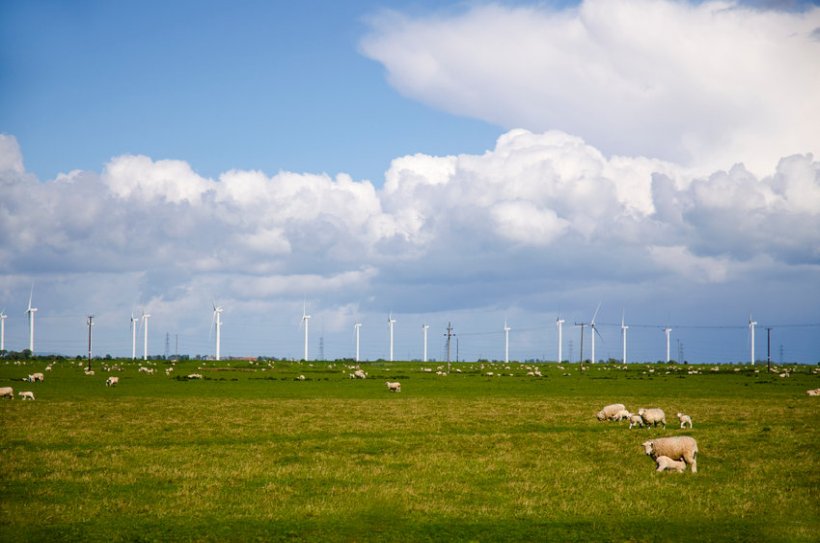 British farmers are demonstrating their progress in achieving a net zero future for UK food production as the highly anticipated COP26 summit gets underway.

Delegates from about 200 countries will be arriving in Glasgow for the two-week climate conference, with the Prime Minister Boris Johnson saying it will be the "world's moment of truth".

The NFU has released a report showing how farmers across the UK are investing in new technologies, reducing energy consumption from fossil fuels, increasing soil health and planting trees to help combat climate change.

The industry is aiming to reach net zero greenhouse gas emissions across England and Wales by 2040 as a contribution to a new target of 2050 for the whole of the UK.

According to figures, British agricultural GHG emissions in 2019 were 46.3 million tonnes of CO2 equivalent, roughly 10% of UK total emissions.

The NFU's report says that farm emissions have decreased by 13% since 1990, but warns that the quality of official data gathering has made it difficult to demonstrate further progress since 2011.

In the union's report, farmers such as Jessica Langton from Derbyshire and Richard Bramley from Yorkshire showcase how they are adapting their businesses to reduce emissions.

It shows how they are capturing and storing more carbon on farmland and producing more renewable energy while providing climate-friendly food to the public.

Dairy farmer Jessica Langton said: “To help lessen our environmental impact, we are in the process of replacing our milk storage equipment with a more energy efficient system which will help us heat our water while cooling our milk.

"We’re also trialling a seaweed food supplement to reduce methane emissions from the herd. This is part of a project I’m working on at the University of Nottingham called Project Ecologeco."

Grassland management is also at the heart of her plans, allowing species of deeper rooting rye grass and clover to flourish helps improve soil health and increases nutrient cycling, fixing nitrogen in the soil and reducing the need for artificial fertiliser use.

"This will also help improve the health and productivity of the herd by reducing the worm burden", she said.

Richard Thomas, a mixed arable and livestock farmer, is currently undertaking regenerative farming methods, and for his business that starts with the soil.

He said in the report: "Traditionally, we have always used chemical inputs sparingly and when you take them out of a system it takes time for biology to make up the difference.

"We began with putting in red clover which works well as it is deeper rooting and fixes in nitrogen. Using herbal leys such as chicory and plantain for grazing reduces the incidence of worms in our lambs.

"The wormers can damage soil biology and affect dung beetles and nematodes, but herbal leys need planting again every few years which has a cost implication."

NFU President Minette Batters, who will be in Glasgow from 2-7 November, said that while many farmers were committed to achieve net zero emissions, more government support was needed.

“We have always known this would not be an easy task and that government support would be crucial, but it has been incredible to see the innovative and diverse range of measures farmers have employed.

"What we now need are policies to support action, whether it’s upgrading rural infrastructure to boost productivity, the further development of farm-level greenhouse gas calculators or investment in methods to remove greenhouse gases from the atmosphere."

She added it was also vital that the government’s climate agenda worked in harmony with its domestic and trade policies.

"Reducing our impact on the climate should not mean reducing our capacity to feed the country with high quality, affordable home-grown food – food we know the British public want to see more of on shop shelves."