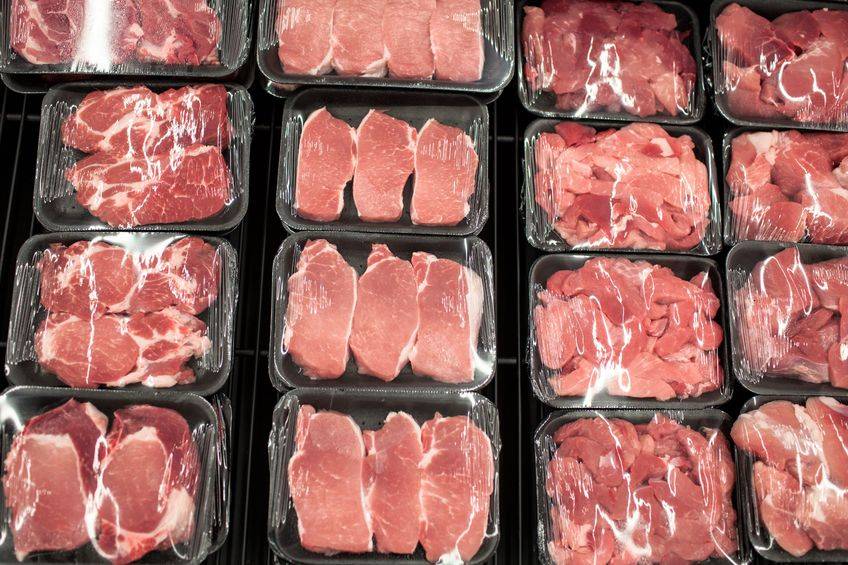 A hard Brexit will have a ‘catastrophic impact’ on the European meat industry, leading to job losses and price hikes, according to a stark new report.

‘Crisis - The EU Meat Industry in a Hard Brexit Scenario’ report, commissioned by Europe’s meat industry body UECBV, analyses the potential impact of a hard Brexit on the European and UK meat industry.

It found that a ‘no-deal’ outcome would lead to a collapse in trade, with a 90% drop in beef exports and 53% drop in lamb exports from the UK to the EU.

In this scenario, meat products would face greater burdens than almost any other sector.

According to the report, the industry would face higher WTO tariffs than any other sector, and face additional costs of veterinary checks, in addition to the customs checks faced by all goods.

Conservative estimates in the report put exports from the UK to the EU falling by up to 90% for beef, 56% for pigmeat and 53% for sheepmeat.

UECBV explains that it would be "very difficult" for UK suppliers to find alternative markets for these products domestically, as the UK tends to export cheaper cuts not demanded locally. This will in turn hurt British farmers and businesses, leading to job losses across the UK.

Similar reductions of meat imports from the EU will lead to shortfalls in the supply of beef, pork and sheep products, especially higher value cuts such as steak, bacon and leg of lamb.

The report warns that this will lead to "massive" price increases for British consumers on meat products, pricing traditional British meals out of reach for families.

The report finds that a hard Brexit will have a profoundly negative impact on the European meat market given the major trade flows between EU27 and UK. As the UK has a principal deficit meat market, it says the negative impacts will be felt throughout EU.

As meat-processing involves the disassembly of carcass to a myriad of consumer cuts and products, it thus has to find markets for all parts of the carcass and therefore the impact will be transmitted throughout the single market to affect all countries, even those with limited direct trade with UK.

The report warns that the magnitude of shock of a hard Brexit would be significantly greater than the industry crisis created by the Russian food import ban 2014, and it would be more difficult to find alternative markets for diverted products.

Solutions are given by the report, including a transitional period to allow businesses to adjust to new arrangements and a future trading relationship that creates minimal burden for business.