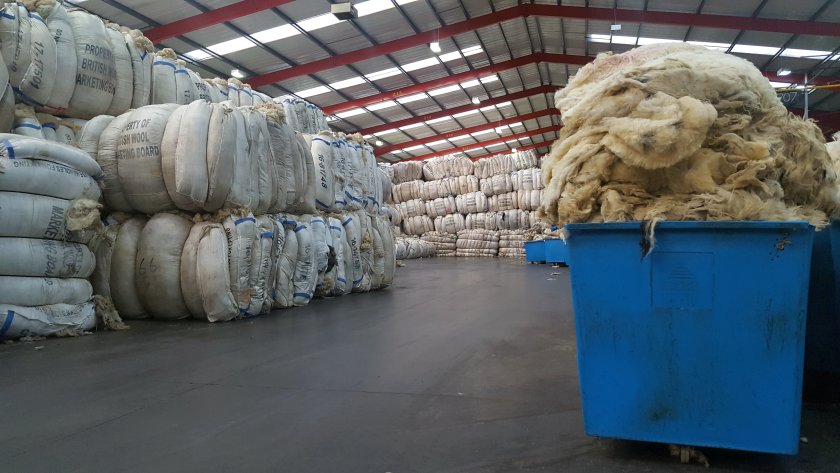 British Wool is launching a new 100% traceable wool scheme that traces the origin of the product from the farm gate to the shop floor.

Traceability and the provenance of products are becoming increasingly important to the socially and environmentally conscious consumer.

To meet this growing demand, British Wool said it was keen to help the public understand the origin of their wool product.

The scheme will also show whether the producer has received a premium payment for their wool.

It will initially include wool from three of largest depots; Bradford, Newtown and South Molton who between them handle nearly 50% of the wool handled by British Wool.

Graham Clark, director of marketing said: "Although this is the first year for the scheme we anticipate that over ½ million kgs of traceable wool, from a wide range of types, will be sold through our auctions.

"Those producers whose wool has been selected to be part of the scheme this year will receive a premium for their 2021 wool.”

The new scheme is designed not only to give full transparency to consumers but to also maximise the price the producer receives for their wool.

Mr Clark added: “As a farming co-operative our primary aim is to maximise the value of our producers wool, this scheme allows us to do exactly this.

"We are able to obtain a premium from the brands we are working with which we will be making sure the producer receives."

British Wool are initially launching the scheme in the sleep product category working with two leading brands in this market.

These include Devon Duvets who supply 100% British wool bedding, and Harrison Spinks the premium mattress manufacturer who use wool for their luxury natural mattresses.

A wider range of wool processors and manufacturers could be included over the next few years, British Wool said.