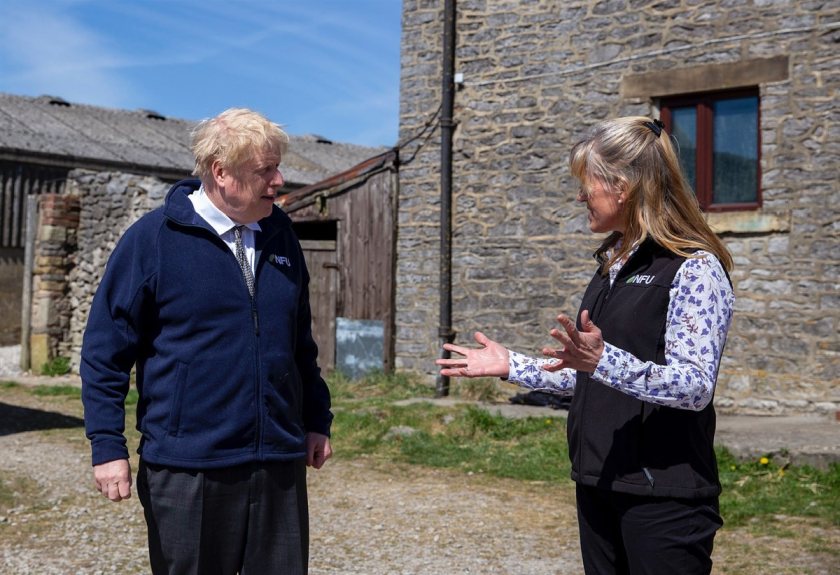 Tenant farmers in the Peak District raised concern with Boris Johnson over the current lack of information on the government's post-Brexit plan for farming.

The Prime Minister saw first-hand the high standards British farmers adhere to when he visited livestock farmers in the Peak District National Park.

He visited Stuart and Leanne Fairfax on Friday (23 April), who are are tenant farmers who recently took on the Derbyshire farm.

It is predominantly a sheep farm, with some cattle, and over 200 acres entered into an agri-environment scheme.

Stuart said it was 'quite surreal' to have the Prime Minister visit, but that it was 'great for him to get on farm and see what we do'.

"We’re right in the middle of lambing season, so it’s an incredibly busy time," he explained.

“We’re pleased that we could show him how farming and food production works hand-in-hand with our work for the environment, particularly as part of the iconic landscape in the Peak District.

"This relationship is something you’ll see on family farms like ours across the country."

But Stuart said it was also important to talk to Mr Johnson about the uncertainty many farmers were facing at the moment.

"We don’t know the full details of what will take over from the Basic Payment Scheme payments that many farmers rely on,” he explained.

Business confidence remains low among farmers for the third year running, with a key concern being the phasing out of BPS, NFU's annual confidence survey shows.

Both short and mid-term confidence among British farmers has again stayed negative, the survey, which questioned 662 farmers, says.

Farmers will start seeing payment rates being reduced this year, without any new schemes to replace this income and a lack of detail about the interim and future schemes.

NFU President Minette Batters joined the Prime Minister on the farm visit, who echoed concerns over the the current lack of information available to farmers.

“I did stress to the Prime Minister the importance of the government’s new agricultural policy supporting British food production," she said.

“I did raise my concerns about the current lack of information available to farmers about his government’s agricultural transition plan.

"Farming is a long-term business and farmers will be making decisions now for many years down the line."

She said the ongoing uncertainty about how the government would replace income under the Basic Payment Scheme was 'damaging business confidence'.

"I urged the Prime Minister to provide more clarity on his future agricultural policy as soon as possible," Mrs Batters added.