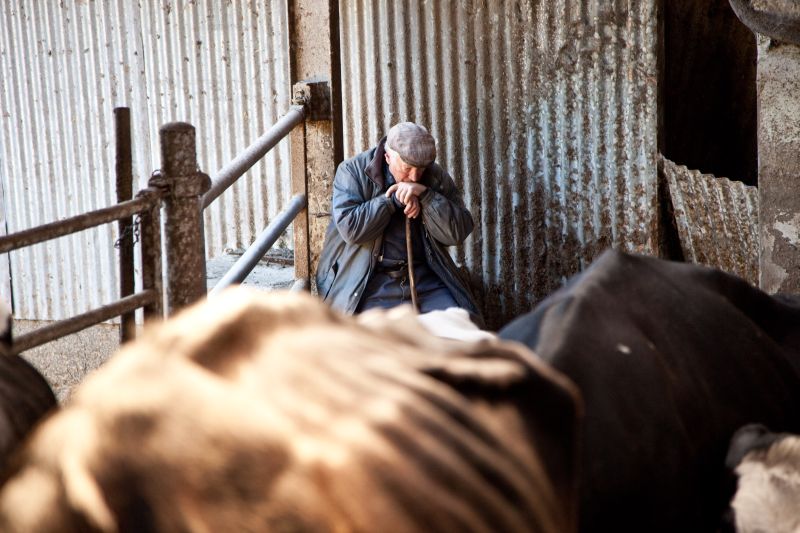 The overall illness rate for agricultural workers is 46% higher than the industry average (Photo: Voisin/Phanie/Shutterstock)

A week-long campaign which aims to highlight the importance of mental health for those who work in the farming industry has been launched.

Poor mental health continues to be the biggest health topic in the UK - one in four people have been diagnosed with a mental illness and in farming, mental health issues continue to be of great concern.

It comes as the Health and Safety Executive (HSE) identified stress, depression and anxiety as some the main causes of work-related ill health for farmers.

The overall illness rate for agricultural workers is 46% higher than the industry average, and stress, depression and anxiety are significant causes of ill health alongside musculoskeletal disorders and lung disease.

There are a number of mental health risk factors associated with agriculture. Farmers work long hours, often in isolation, and they can be under significant financial pressure, often required to take on significant debt just to purchase the land and equipment required to operate.

And in most cases, a farmer’s place of business is also his or her home, meaning there is no easy way to get away from the workload.

In addition, farmers are constantly vulnerable to unusual events and circumstances that can impact their bottom line and stress levels - from weather and natural disasters to major uncertainties like Brexit.

The Farm Safety Foundation is now asking the farming community to 'Mind Your Head' with a campaign to raise awareness and tackle the stigma of this growing issue in farming.

Throughout the week, the farming charity will bring together key people, organisations and other charities to raise awareness of the issue and build a community of support for those affected.

One person who has offered his support for the campaign is Jonathan Glen, a young farmer and student at Harper Adams University.

At 18 years of age, Jonathan left his home, family and friends to travel to New Zealand to work on a 200 hectare dairy farm managing a herd of 600.

Within weeks, and at the height of milk production, Jonathan was left in charge of the herd and soon realised that he was quite depressed.

The situation was compounded by the isolation he felt on a farm in the middle of nowhere with no family or close friends nearby.

However, Jonathan was able to recognise his depression from similar symptoms experienced by a friend who showed him there was a way to deal with it through self-help, simply by talking to others.

On his return to the UK, he enrolled at Harper Adams University and recently undertook a massive challenge, driving 15,000km to Mongolia in a Mazda MX5 to raise money for the charity Farming Community Network (FCN).

Johnathan said: “Mental health in agriculture matters. Having had my own battle with mental health while farming, I appreciate the seriousness of the cause”

Stephanie Berkeley, who leads the Farm Safety Foundation, said: “Farmer health and wellbeing can not, and should not, be ignored - by any of us. Simply pretending the issue does not exist or has no impact on the industry is not acceptable.

“This year we are mounting the week long campaign in the run up to one of the biggest and possibly most stressful events facing the industry – Brexit.”

She added: “In previous times of stress such as the BSE crisis in 1986 and the outbreak of Foot and Mouth in 2001, there was a sharp increase in the number of farmer suicides as farm incomes declined.

“Learning from past experiences we need to be prepared to support our farmers through this time and this is what we are great at, as an industry.”

The Farm Safety Foundation, set up in 2013, works closely with farmers with agricultural safety and mental health matters.