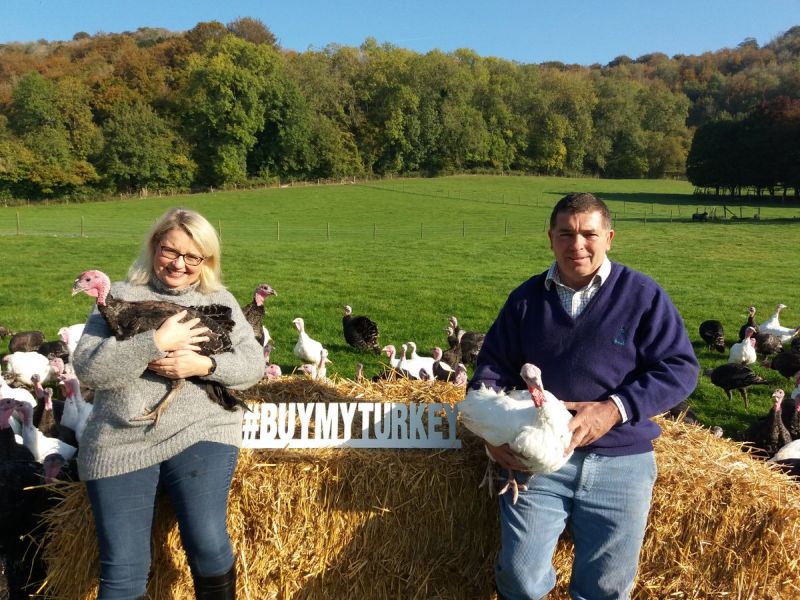 Farmers are being urged to take to social media today to share messages of why buying local is important during the festive period.

The public, and farmers, have been encouraged to post pictures of themselves, of their farm and turkeys, and to highlight why buying British is a must during the Christmas period.

Buying a turkey directly from the farm where it has been produced allows consumers to purchase a fresh whole bird and not just a crown.

The annual campaign also aims to educate consumers to better understand where their food comes from.

The public have been urged by the NFU to look carefully at the country of origin labelling, and keep an eye out for the Red Tractor logo, when shopping this Christmas.

Last year #BuyMyTurkey was seen as a success, with over 3.3million impressions on Twitter.