Carbon footprint of UK milk 'half the global average' 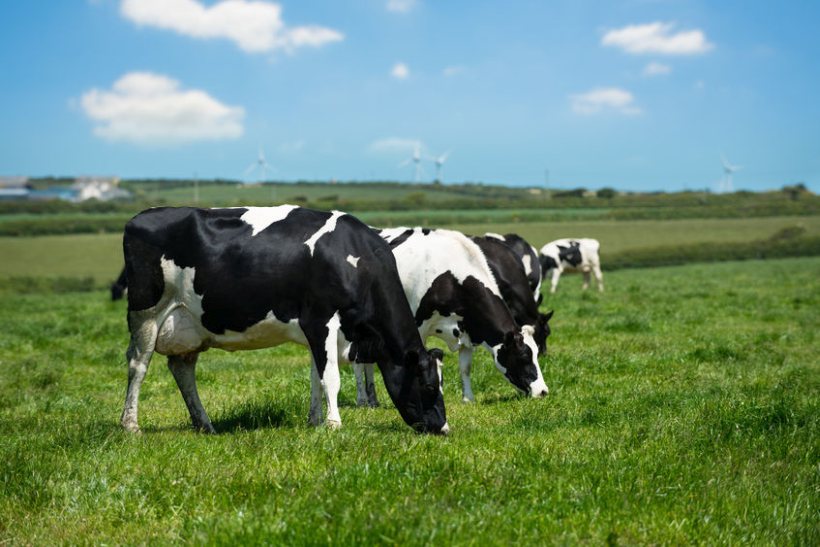 The carbon footprint of milk produced in the UK is half the global average, according to the AHDB

If average global production rates were to increase from the current 2,500 litres per year to those seen in the UK, the global dairy herd could be reduced by up to 70%, thus cutting down on emissions.

This is according to the AHDB, which analysed FAOSTAT data and concluded that UK dairy cows are world class - producing over 200% more milk than the global average.

Of the top milk producing nations, the UK’s 1.9 million cows are the second most productive in the world, producing 15 billion litres of milk every year.

Such dramatic reductions inevitability have an impact on dairy’s environmental impact, such as methane emissions and land use.

"UK cows are showing that it is theoretically possible to produce the same amount of milk from just 83 million cows as opposed to the current 265 million,” he said.

Cutting carbon emissions across all contributing sectors is a priority for national governments, scientists and policy makers alike.

But the ever-increasing population and extreme weather present food security and affordability as of equal importance.

Dr Jonathan Foot, Head of Environment at AHDB said that in the UK, the climate allowed for some of the most sustainable milk production in the world, as 60% of farmland is grassland – ideal for grazing cows.

"However, it is also our focus on improving efficiencies and productivity that make it so," he said, adding that this focus will be required globally to drive down emissions while feeding the population with key staples, such as dairy.

Over the last 25 years, impressive production rates have contributed to the UK dairy herd shrinking by almost 30%, while UK production has increased by 4%.

Such successes are primarily due to the industry’s investment in genetics and improvements in cow health, according to AHDB’s Head of Animal Genetics Marco Winters.

“The UK dairy herd has been shaped in recent decades by an increasing emphasis on improved genetics," he added.

"Genetics allows us to select and breed from healthy and high producing individuals, ensuring consistent and resilient herds.

"This has enabled us to address both health and fertility concerns, for example we have seen significant improvements in udder health and more recently improved fertility.”