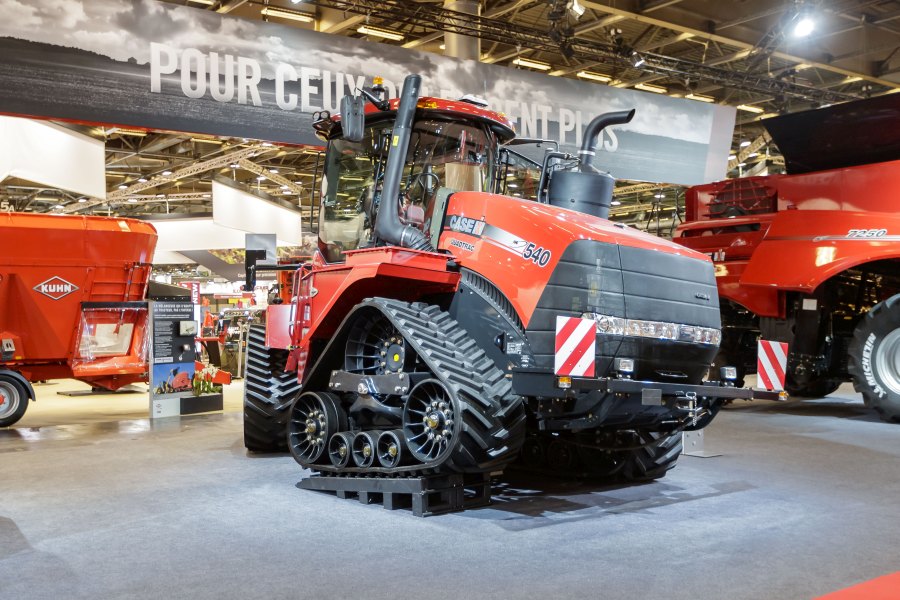 Case IH has announced plans to return to major agricultural shows during the remainder of 2021 and 2022 following the machinery firm's absence due to the pandemic.

The company said it will re-commence exhibitions at major agricultural events throughout Europe, with an emphasis on safety for its customers and employees.

Its exhibition programme, which remains subject to change depending on Covid-19 measures, will start with Innov-Agri in Paris from Tuesday to Thursday (7-9 September).

It will also attend Agribex, Belgium’s largest indoor international trade fair for agriculture and the green sector, which will be held at Brussels Expo from 7 to 12 December.

Case IH said it will be exhibiting a range of new products, including the first public showings of the AFS Connect™ versions of the Quadtrac and Optum tractors.

For 2022, the machinery company has confirmed its attendance at five major shows, starting with FIMA 2022 from 8 to 12 February.

A major showcase for the agricultural sector in Southern Europe, the 42nd International Fair of Agricultural Machinery will take place in Zaragoza, Spain.

Case IH will then head to Hannover in Germany for Agritechnica, where the world’s leading trade fair for agricultural machinery will be held from 27 February to 5 March.

Later in the year Case IH will exhibit at SIMA 2022. Marking the 100th anniversary of the SIMA show, the event will take place at the Parc des Expositions de Paris-Nord Villepinte, Paris, from 6 to 10 November.

The final date in the Case IH events diary for next year will be Agraria 2022 at Wels in central Austria from 23 to 26 November.