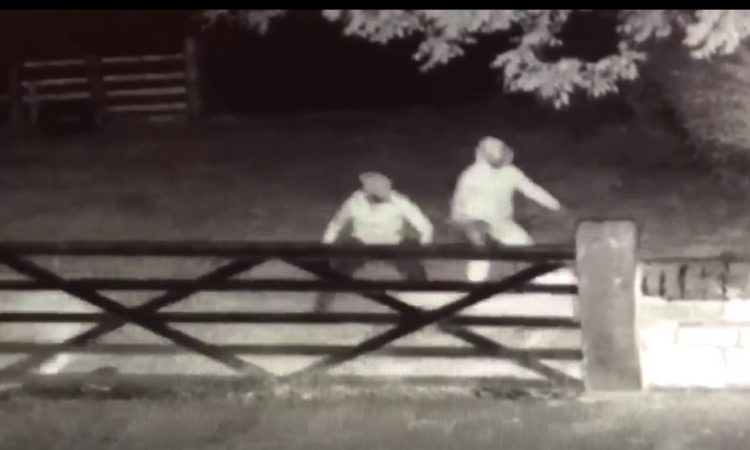 Three men entered the farm in the middle of the night (Photo: Steve Walker/Facebook)

CCTV has captured the moment three men tried to catch and 'butcher' sheep on a farm in Lancashire.

A farmer's online video of his CCTV footage has been shared over 5,000 times on social media.

It depicts how close the three men were to succeeding before the commotion awoke Steven Walker.

The incident happened at 1.25am early Monday morning (July 7) in the Blackburn and Preston area.

Mr Walker said: “Last night at 1:25am three men tried to butcher our tups in the garden.

“Luckily our tups are lively lads and the commotion awoke us and the men were scared off.

“CCTV shows how close they were to succeeding. Please be vigilant especially in the Blackburn/Preston area.”

The Facebook post attracted hundreds of comments, with many people showing their shock and disgust at what happened.

This incident also happened on Monday night. In their post, the business said it is the 'worst thing that my children witnessed'.

Park End Farming said on social media: “To make matters worse we are still finding ewes with their throats slit round the field and the death count continues to rise.

“The police haven't yet turned up and we can't even begin clearing up. So much for the British justice system.

“This is professionally done.”