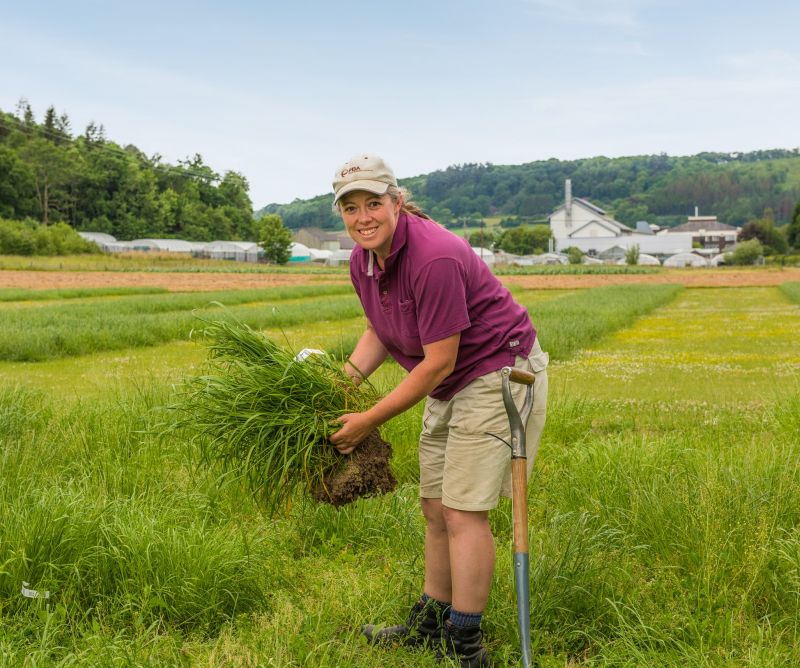 Welsh grassland farmers are growing nearly a third more grass from their reseeds thanks to plant breeding research in Wales.

S23 – the first variety developed by the by the Welsh Plant Breeding Station which later became part of the Institute of Biological and Environmental Research at Aberystwyth – yielded 30% less than varieties now being bred at the site.

One hundred years later and not only do the modern ‘Aber’ varieties yield more than that late heading perennial ryegrass but their digestible organic matter - D value - scores four units higher and their persistency is much greater, says Alan Lovatt, Senior Grass Breeder at IBERS.

He led discussions during an open day at IBERS to mark a centenary of plant breeding in Wales.

“S23 was quite revolutionary when it was bred and it was still on the Recommended List until 1993,” said Mr Lovatt.

It takes around 12 years to get a variety to market from its development stage therefore it can be a challenge to breed traits that match current market demands and policies.

Currently those are angled towards grasses that grow with lower inputs. This is at odds with the process for getting varieties on the Recommended List, which are trial managed with higher fertiliser, said IBERS plant breeder Dr Sarah Palmer.

“It has to be a balance, there is no point in having the best varieties in the world if they don’t make it onto the Recommended List,” she said.

“It is important that the varieties we breed are not only what is in demand today but in 10 or 20 years time. Plant breeding is a bit like gambling, you have to roll the dice enough times to get the right combination of traits.”

There are up to 10,000 trial plots grown at IBERS in any given year, harvested up to nine times a year for three years.

Advancements in technology have allowed the process of collecting data from the trial plots to be significantly sped up and much less energy is now needed to dry samples for weighing.

Progress is now being made with the scale of the data that can be gathered. Near infrared reflectance spectroscopy (NIRS), already used for predicting dry matter content, is being calibrated to scrutinise quality too.

“This will generate thousands of data points for selecting for quality,” said Dr Palmer.

A focus of attention going forward includes harnessing the potential of fatty acids in grass, she added.

“If we can change this energy rich source in the grass in a meaningful way we think it will decrease methane and further increase production efficiency.”