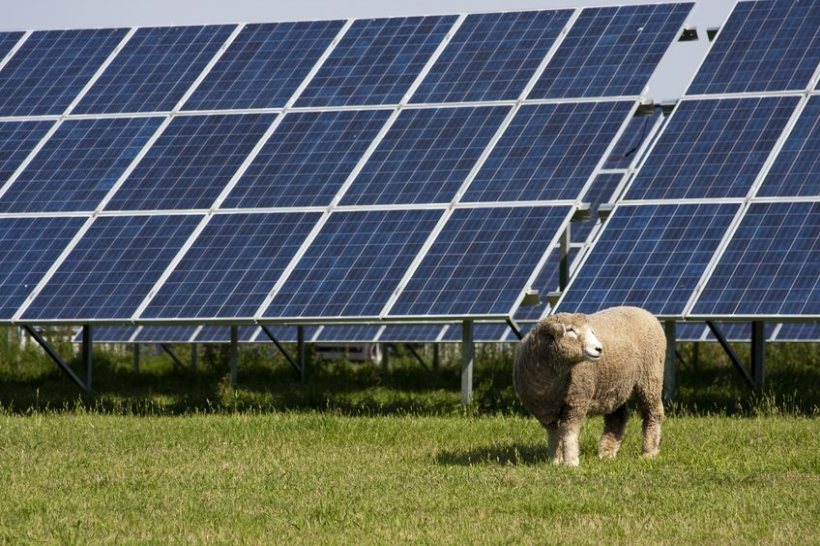 This year's Cereals event will shine a spotlight on what farmers across the country are doing to achieve the big target of net zero by 2040.

Cereals, the UK's leading technical event for the arable industry, will look at the measures British agriculture is undertaking to become more green.

The event, taking place on 31 June and 1 July, will focus on both best practice and emerging scientific developments to help farmers adapt to and mitigate climate change.

Alli McEntyre, event director said: "We have top researchers and farmer speakers covering topics from carbon credit schemes to the possibilities of genome editing, looking at both the challenges and opportunities ahead.”

Dr Ruth Bastow, innovation director at CHAP, said boosting agriculture’s contribution to achieving net zero should be a priority for all involved in the food chain.

An essential part of CHAP’s mission is to provide the solutions, networks and expertise needed to support this journey, and further enhance sustainable farming practices.

“This is a collective goal and we can contribute a lot as an industry - from optimising tillage to reduce machinery inputs and carbon emissions, to using data to inform crop management decisions," she said.

In the AHDB theatre, Minette Batters, president of the NFU, will outline the road to net zero, while scientists and farmers will explore the practical solutions available.

Harry Henderson, knowledge exchange technical manager at AHDB, will chair a Monitor Farmer debate, covering both sides of the coin.

“There’s a huge range of opinions on net zero and whether it’s achievable is the crux of where we’ll head with the debate," he said.

"Or will we see a reduction in horsepower, a revision in the use of fertilisers and plant nutrition, or probably both?”

Behind all of these potential changes lies the question of responsibility; does it lie with farmers, transporters, processors, retailers or consumers?

“Everyone needs clear guidelines on this because there are grey areas,” Mr Henderson explained.

Some farmers are already embracing steps towards net zero through practices like regenerative agriculture, but others are realising that something is going to have to shift if they can’t obtain more value from their crops.

“There might be a real possibility that those who aren’t already working towards regenerative agriculture will run out of money once BPS comes to an end," he said.

Ecological practices of building up organic matter, nutrient cycling and soil health, are slow processes – but the adoption of cover crops, biopesticides, biostimulants and natural manures can play a vital part.

Science also has a role to play. Genome editing allows plant varieties to be developed much faster than previously possible, explains Wendy Harwood, senior scientist at the John Innes Centre.

“It produces the same results that we would get from conventional breeding, but much quicker, as we can precisely tweak the crop’s DNA to get the exact trait wanted.”

This could be anything from disease resistance to drought tolerance – reducing inputs and improving water utilisation – all of which could help on the road to net zero, she said.

The first developments are likely to be along the lines of disease resistance, with a wheat that is resistant to mildew already developed.

But there are a few hurdles to overcome first – the chief being legislation and the differentiation between genome editing and genetic modification.

“These two are quite different. In its simplest form genome editing only involves small changes to the existing DNA whereas genetic modification adds something new.”

But while legislation is holding up some advancing technologies, others are able to steam ahead – one being carbon offsetting.

Gentle Farming is enabling regenerative farmers to benefit financially from their activities.

Certified to ISO14064 and international carbon standards, farmers can have confidence in generating money from their carbon stores.

But regenerative farming is not just about carbon – there’s also water quality and biodiversity which come into play.

It’s also about helping farmers to tell their own individual stories in their journey to improve soils and combat climate change, said Mr Gent.