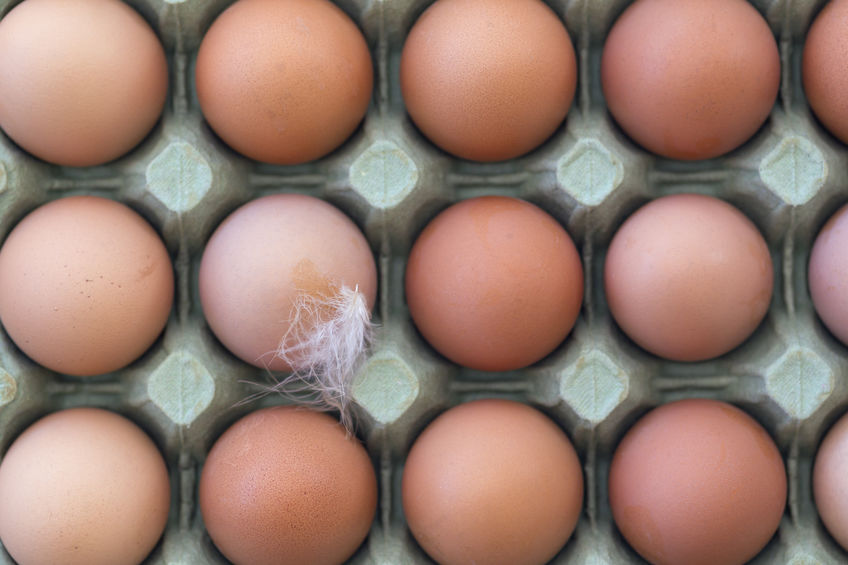 This is according to Welsh farmer Llyr Jones, who was awarded a bursary to investigate how a free-range egg producer like him can reduce ammonia generated by egg production.

Mr Jones runs a 16,000-hen free-range egg unit at Derwydd, Denbighshire and is aiming to build a second unit, doubling the number of hens in his system.

But before going ahead he was keen to investigate best practice for reducing ammonia levels while keeping to the same level of production.

His bursary, issued by Farming Connect Management Exchange Programme, took him to Holland - to Kipster, a carbon-free egg farm populated by white hens.

These hens lay white eggs which weigh on average 62g; a white hen will eat 118g/day to produce this size egg.

As well as consuming less feed, white hens lay for an average of 80 weeks compared to 74 weeks for brown hens.

“Supermarkets and consumers will need to ‘dig deep’ and pay a higher price for goods and food that are not bad for the environment," Mr Jones said.

“Consumers may need to make small changes such as buying white, slightly smaller eggs rather than extra-large brown eggs and buy local seasonal food rather than flying it from the other side of the world so it can be sold fresh."

His visit to Holland also took him to the headquarters of Jansen Poultry Equipment, a company which manufactures ammonia-reducing machines.

It uses very little power as it runs the muck over 200m of belts, Mr Jones explained.

The company also manufactures a chemical ammonia scrubber which reduces ammonia by 90%.

Air from the hen shed is pushed into the chemical air scrubber, where sulphuric acid is sprayed on to the air; the acid attaches itself to ammonia, and water is then added to reduce the pH level to neutral.

“The saving in the cost of buying in fertiliser easily pays for the running cost of the chemical air scrubber.

"The disadvantage of the chemical scrubber is the cost of build. Due to the need to use stainless steel, the building cost is £90,000, and the running cost per year is £5,000."

The farmer also attended the UK Farm Woodland Development Strategy Conference for Clean Air in Edinburgh and the Agri Food and Biosciences Institute in Northern Ireland.

As a result of his study, he concluded that by making small changes in daily farming routines, such as mucking hens out every day rather than twice a week, farmers can reduce air pollution.

Planting trees on the range is also beneficial, he said: “I feel that this could be a financial opportunity on most farms in Wales by growing trees on poor agriculture land.

“Seventy per cent of land in UK is for agriculture, I believe that farmers will be a vital link in a chain on reducing air pollution in the UK.

"Also, a new way of selling food by saying that the food produced is low miles, or helps in combating air pollution, could have a premium."

Genetics and different feeds will also help reduce ammonia in agriculture, he added.

“We could also see farms producing their own fertiliser from building chemical air scrubbers or using better methods to apply slurry on fields," he said.