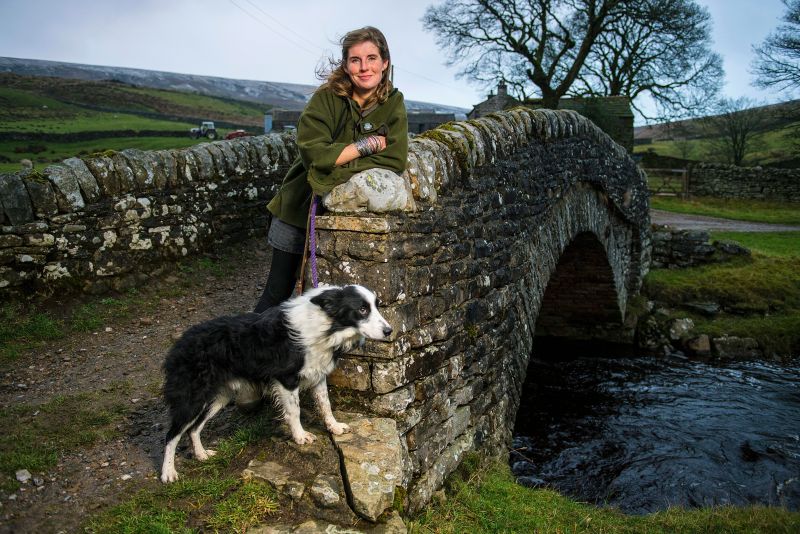 The programme follows the Owens' on their 2,000-acre farm in North Yorkshire (Photo: Bruce Adams/Associated Newspapers/Shutterstock)

A TV programme highlighting the life of a farming family who live and work in a remote area of North Yorkshire is topping the ratings charts.

The Channel 5 series stars Yorkshire Dales hill farming couple Amanda and Clive Owen along with their nine children - and 1,000 sheep.

It shows the Owens' life across the four seasons in one of the highest and most remote parts of England.

The documentary, presented by Ben Fogle, was first aired in November 2018, and has proven to be a success.

The two most recent episodes of the second season of Our Yorkshire Farm were the most watched programmes during the prime-time 9pm slot.

According to The Times, some 2.26 million people watched the Tuesday 11 August episode of the show, beating a repeat of Line of Duty on BBC One - which attracted 2.22 million.

The paper added that last week's episode drew in a crowd of 2.19 million, beating BBC One’s Babs, a repeat of a drama about Barbara Windsor.

Daniel Pearl, Channel 5’s commissioning editor, explained the show's popularity: “More than anything else it’s warm and kind," he said, adding that the public 'enjoyed watching people do things well'.

“At this particular time in history, people have a lot of negativity in their lives. To be able to spend an hour with a family pulling together, being positive about overcoming adversity, is very special”.

The programme is also available to watch online via the channel’s My 5 site.