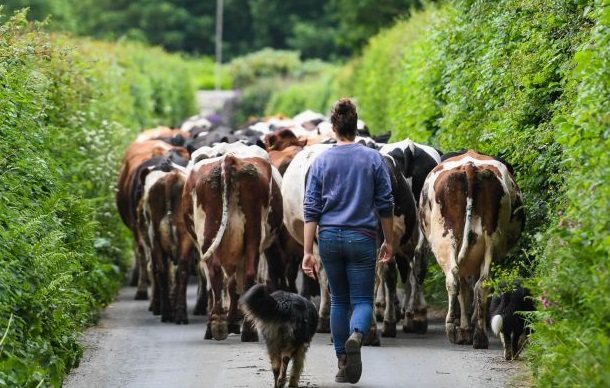 The Prince’s Countryside Fund has received £25,000 from the National Lottery to continue its programme supporting farmer networks in the UK.

The rural-based charity has received the major grant as part of the National Lottery's Coronavirus Community Support Fund.

The award will go towards the Prince’s Countryside Fund's (PCF) Farm Support Initiative, which works with over 40 farm support groups.

The groups provide support to farming families in the form of free confidential advice to help with problems such as business worries, financial hardship, isolation and ill health.

Diane Spark, a Farm Support Coordinator (FSC) who works for the charity, said many farm businesses were struggling with ongoing uncertainty over their future.

"It is also a difficult time for these support groups as they tend to rely heavily on fundraising and are currently facing concerns over their own financial situations, whilst dealing with increased demand for their services.

"My continued work as PCF’s Farm Support Coordinator will enable more vulnerable farming families to receive the support they need, from their local farm support groups, to adapt to and overcome the immediate challenges they are facing.”

The grant, which distributes money raised by lottery players for good causes and is the largest community funder in the UK, will allow the PCF to extend the FSC’s contract for a further six months.

This will allow the PCD to continue to work with the FSC to provide this role and funding advice to community-based groups who are providing practical support to farmers.

Founded in 2010 by Prince Charles, the Prince’s Countryside Fund works to improve the prospects of farming families and the quality of life in rural areas.

Donations has allowed the charity to invest more than £10m in rural parts of the UK over the past decade, including £2.5m for farm and rural support groups.