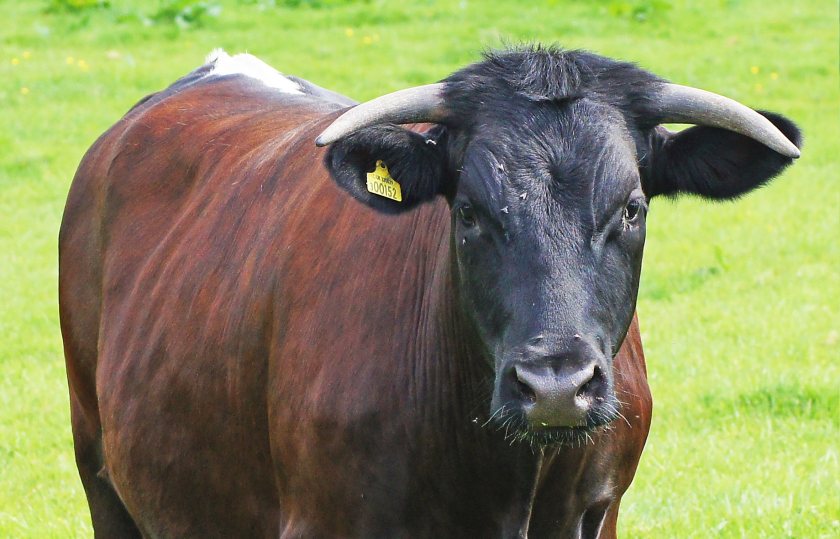 There were just 27 herds of Gloucester cattle in 2020 (Photo: John Green/RBST)

Urgent action is needed to help save Britain's oldest breed of dairy cow from becoming extinct, a charity has warned.

Herd numbers of Gloucester cattle halved between 2006 and 2020, according to the Rare Breed Survival Trust (RBST).

Gloucesters are an ancient breed that has been common in the Severn Valley area since the 13th century.

Their milk is used to produce cheeses such as Single Gloucester, and the breed is able to produce a high quality meat product.

They are also famous for the crucial role of Gloucester dairy cow Blossom in Edward Jenner’s 1796 experiment which paved the way for the first vaccine.

But the RBST has warned that herd numbers declined significantly from 54 herds in 2006 to just 27 herds last year.

It added that the cattle's breeding numbers had been 'low but consistent for some years'.

The classification of Gloucesters as a priority breed on the charity's new Watchlist underlines that now is the time for urgent action.

It is currently working with dedicated Gloucester cattle breeders and undertaking a number of actions to help safeguard the breed's future.

"Consumers place a premium on great tasting, locally sourced meat that is kind to the natural environmental and based around high standards of animal welfare.

"It the same time, we have seen government policy starting to reflect the value of our native breeds to maintaining our natural environment and promoting biodiversity."

The RBST said these rare breeds provided a major contribution to the UK's rural economy, both economic and culturally.

There are around 30,000 herds and flocks of native breeds in the country, contributing over £700 million to UK local economies.