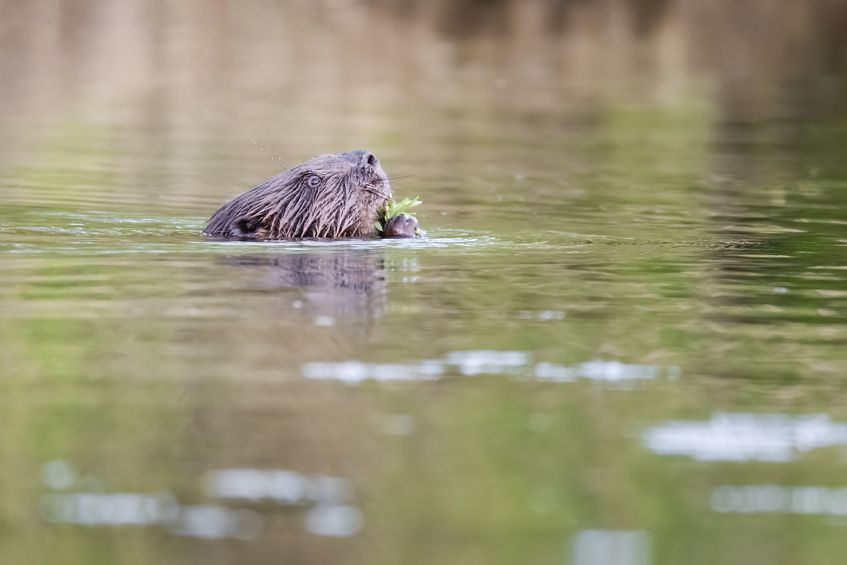 While beavers do create rich-habitats, they can have unwanted impacts on agricultural land

A charity is challenging the Scottish government in court over its 'failure' to make a beaver cull a 'genuine last resort' when the species needs to be managed.

Trees for Life, a rewilding charity, has launched a £40,000 crowdfunding appeal to cover the costs of a judicial review against NatureScot, a Scottish government agency.

Beavers were declared a legally protected species in Scotland in May 2019, but in the following months, NatureScot authorised a cull of 87 beavers, according to the Highlands-based group.

It has accused NatureScot of 'failing in its duty' to protect beavers, as it 'broke the law by issuing lethal control licenses without exploring all other options'.

The environmental charity said that winning the legal challenge would 'help secure a better future for beavers'.

Beavers are considered ecosystem architects with their ability to create dams and wetlands, but they can have unwanted impacts on agricultural land which need managing.

“There’s a strong legal case that NatureScot is breaking the law by failing to make killing of beavers a last resort when they have unwanted impacts on agricultural land,” said Steve Micklewright, chief executive.

“It’s clear from our correspondence with NatureScot that it is unwilling to change approach and properly consider moving beavers as an alternative to killing."

Adam Eagle, CEO of The Lifescape Project, a legally specialist rewilding charity spearheading the litigation alongside Trees for Life, said there were 'several options available' to NatureScot in mitigating beavers’ impacts on farming.

"Instead of adopting these, it has chosen killing beavers as its go-to solution. This approach is beyond their authority and ultimately illegal,” he said.