Chlorinated chicken should be offered in UK, US ambassador says 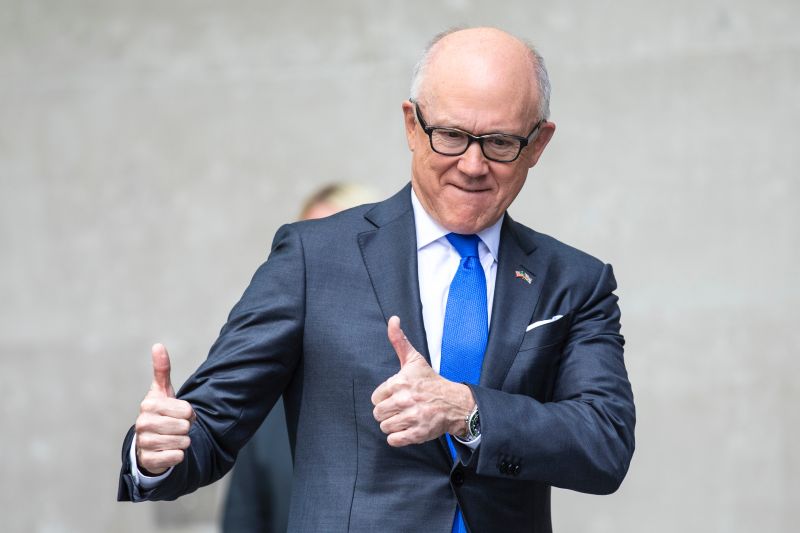 The entire economy, including agriculture, would be “on the table” in any UK-US trade deal (Photo: Rob Pinney/LNP/Shutterstock)

The US ambassador to the UK said imported chlorinated chicken should be offered to British consumers who could decide whether to buy them.

Woody Johnson told the BBC's Andrew Marr that 'if the British people like it, they can buy it.'

He said the US is already considering trade deals post-Brexit with the UK, saying that the entire economy, including agriculture, would be “on the table”.

Questioned over mounting concerns regarding food standards in the US, the ambassador said British consumers could make their own choice about buying imported products.

Mr Johnson told the BBC: “The American food supply is as safe as any in Europe. We're going to have a great relationship with your country whatever happens.”

It follows Wilbur Ross, the US commerce secretary, saying the British public will have to accept chlorinated chicken as part of any trade deal between the UK and the US.

But the British farming industry fears such a deal with the United States would allow chlorine-washed chicken, which consists of dipping meat into chlorinated water to prevent microbial contamination, and hormone-enhanced beef to be sold in retailers.

The practices are currently banned by the EU and farmers' leaders have been lobbying against accepting lower standard food imports in order to win trade deals.

A report warns of the potential increase in cheaper, lower standard food imports to the UK which could put British farmers at a competitive disadvantage.

But Mr Johnson slammed complaints about US food standards: “It’s completely safe. They can have a choice, we have five million Brits coming over every year and I’ve never heard a complaint about anything to do with chicken.”

Mrs Batters said British farming puts a level of 'trust and pride' in consumers when they buy food off the shelves.

It follows a survey which shows two thirds of British people want an import ban on 'illegal' food products like foie gras and chlorinated chicken after the UK leaves the EU.