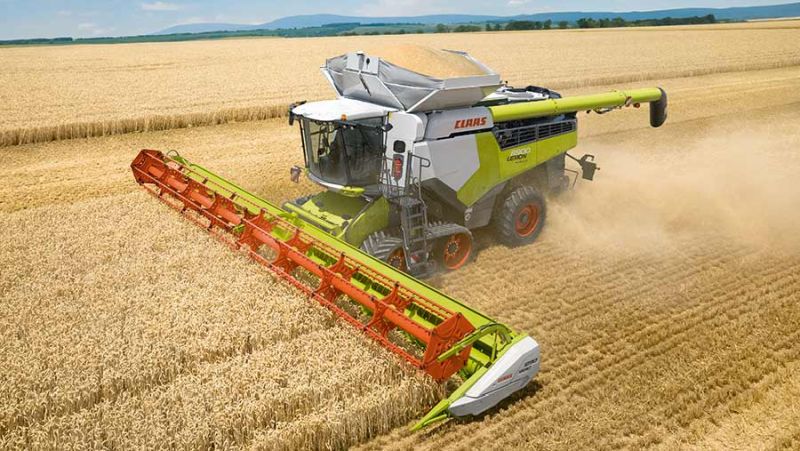 The machinery giant's new flagship machine – the Lexion 8900 – which reaches an impressive 790hp.

The new APS Synflow Hybrid threshing unit forms the heart of the Lexion 8000 and 7000.

Their engine output of up to 790 hp/581 kW takes the new models into a new performance class.

Claas continues the concept of a combination of a tangential threshing unit with a pre-accelerator drum and axial secondary separation.

The diameter of the threshing drum with 10 rasp bars is increased to 755 mm. It is followed by a new, larger feeder drum with a diameter of 600 mm.

The large diameter of the threshing drum creates a low contact angle of 132°.

According to Claas, these characteristics, together with the synchronisation of the drum speeds, enable a straight, gentle and fuel-saving crop flow.

The new models are equipped with MAN and Mercedes-Benz engines in accordance with the Power Systems concept.