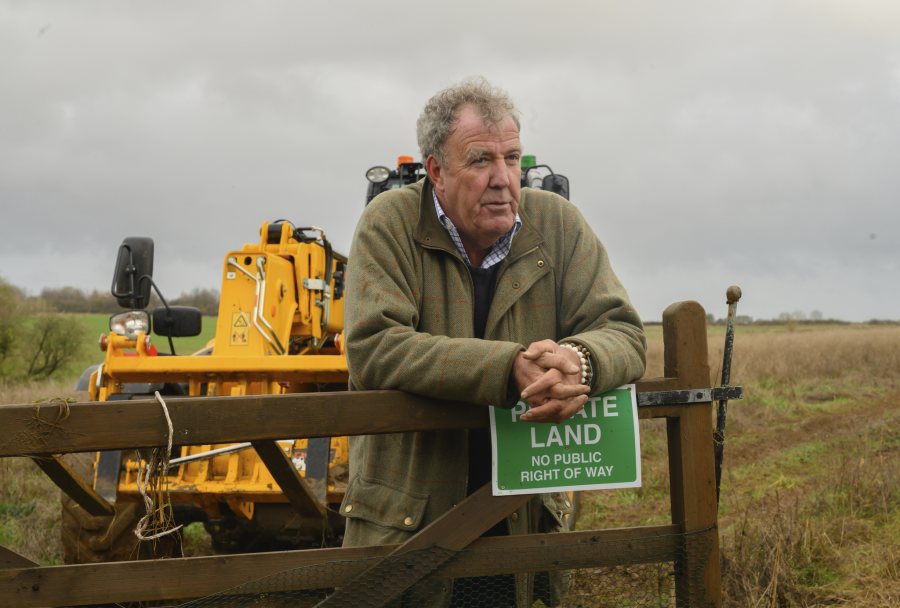 Jeremy Clarkson says he wants to present British farming in a different light as part of his new TV series following his experience of running his own farm.

The presenter, famed for his work on ‘Top Gear’ and ‘The Grand Tour’, has owned the 1,000-acre Oxfordshire farm 'Diddly Squat' since 2008, but in 2019 announced that he would begin farming it himself.

The eight-part series, airing on 11 June on Amazon Prime, follows Clarkson through his first year as he contends with the day to day challenges of farming amid the backdrop of an unexpected pandemic and some of the worst farming weather in decades.

‘Clarkson’s Farm’ is a typical arable farm with wheat, barley, and oilseed rape in the rotation, but we also witness Jeremy taking on a flock of sheep and building his own farm shop.

Whilst the show is gung ho and witty in Clarkson’s well-known style, it does successfully shine a light on the everyday challenges that face modern farmers.

Speaking to FarmingUK, Clarkson explained that he wanted to present UK farming in a different light.

“I think some of the farmers around here were concerned that the show would ridicule agriculture, which it absolutely does not do – it is a love letter to British farming,” he said.

“I was fed-up with television only showing farming as either someone bottle feeding a lamb in a cosy barn or as massive intensive setups on the other side of the world.

"What we wanted to do was to show what farming is actually like on an average farm.”

Clarkson also told us that he was taken aback by how difficult farming really is: “In my mind, you put seeds in the ground, weather happens, and food grows, but that is simply not true, it is a very, very complex business.

“I know of no profession that requires you to be so multi-abled. You have to understand soil, weather, and science. You have to be a mechanic, a midwife, an agronomist, and a water diviner. You also have to be a gambler."

As he struggles to turn his hand to the many skills required in running the farm, Jeremy enlists a handful of knowledgeable helpers including local lad Kaleb Cooper and land agent Charlie Ireland, who both play a major part on screen. 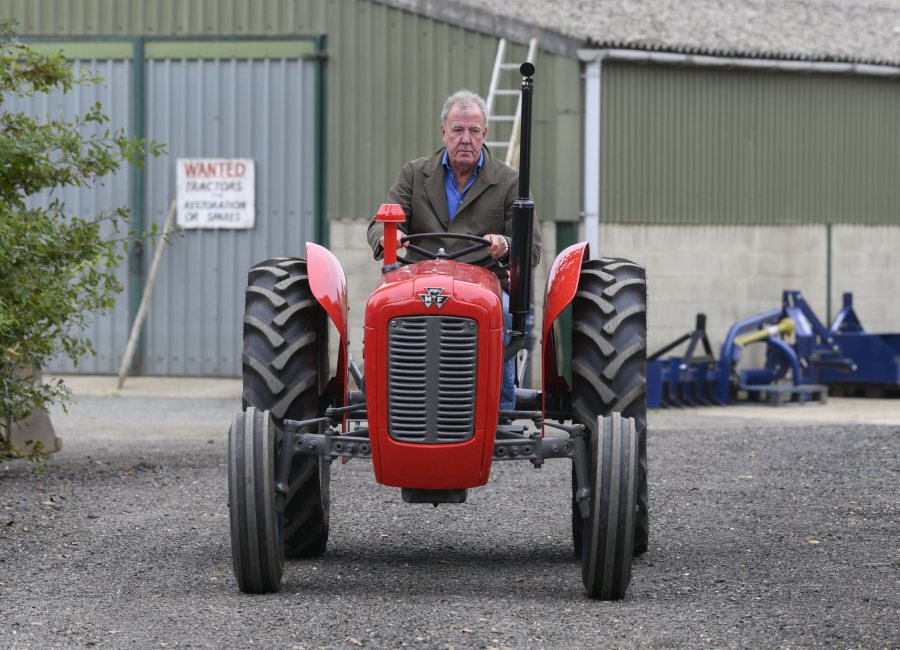 “Whenever I needed to borrow something or do something they were always there.”

“Kaleb was an absolute superstar. He is just fantastically wise, entrepreneurial, and funny. He knows everything, from understanding how the gearbox in my Lamborghini tractor works, to having the patience to deal me, and he is also extremely good on television.”

In the first episode of the series, we see a failed crop of oilseed rape that has been battered by flea beetle, and Jeremy said that the series tries to show how many challenges farmers are up against.

He said: “I could not have picked a worse year to start farming, we had five separate weather records, so it was particularly difficult in that sense.”

Whilst his farm is a traditional arable setup, Jeremy decided to turn his hand to sheep farming because, as he put it, ‘How hard can it be?’. He quickly discovered that it was far from straightforward. 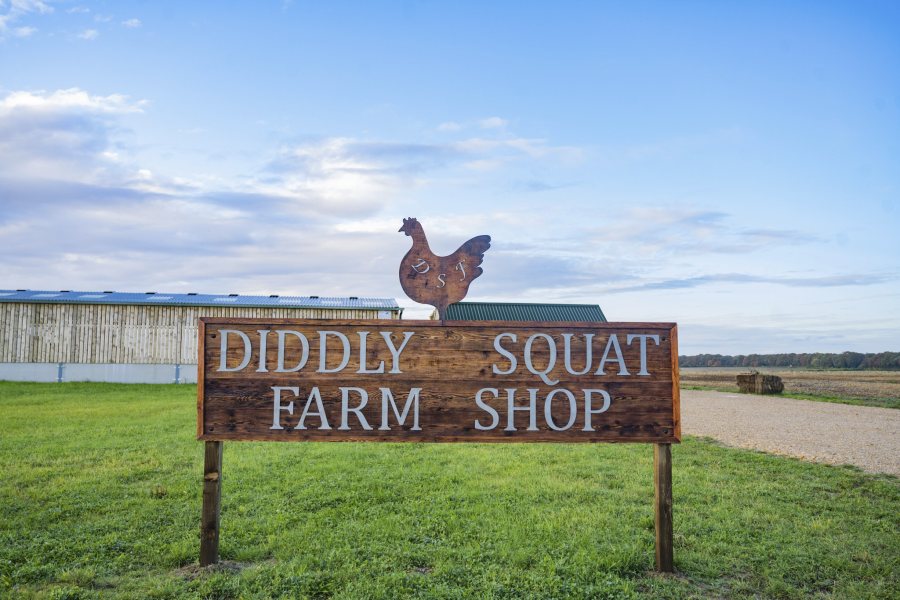 The broadcaster has owned the 1,000-acre Oxfordshire farm 'Diddly Squat' since 2008

“There is simply no money in sheep farming, it’s a brutal existence. You have to pay somebody £1.45 to give a sheep a haircut, but the fleece is only worth 30p.

"How can you run a business where you’re losing £1.15 for every sheep you shear?” Clarkson asked.

The show does attempt to document the reality of sheep farming: “We’ve all seen Kate Humble in an agreeable stable, with fresh straw and a baby lamb, but I don’t think many of us, myself included, have the first idea how their food gets to the table.

"I didn’t want to shy away from showing the sheep being castrated, or the deaths, and the disgustingness of it – because that’s how the lamb chops are made.”

Later in the series Jeremy builds and launches a farm shop to sell his own produce which offers an insight into how farmers are diversifying. He said that the shop has been a real success.

“People seem to like the milk and the eggs, and it’s good for local farmers to sell produce without going through a middleman or a supermarket.

"One woman makes sausage rolls and scotch eggs, so she’s got somewhere to sell them now, it’s great! It is a nice little business, and we now even have an online shop.”

Halfway through his first year on the farm Jeremy was hit with the unexpected challenge of the coronavirus pandemic, but he said that the first six weeks of lockdown actually proved to be some of the happiest he has had in his whole life.

“From a personal perspective, I was very lucky with my situation compared to many others over that period. 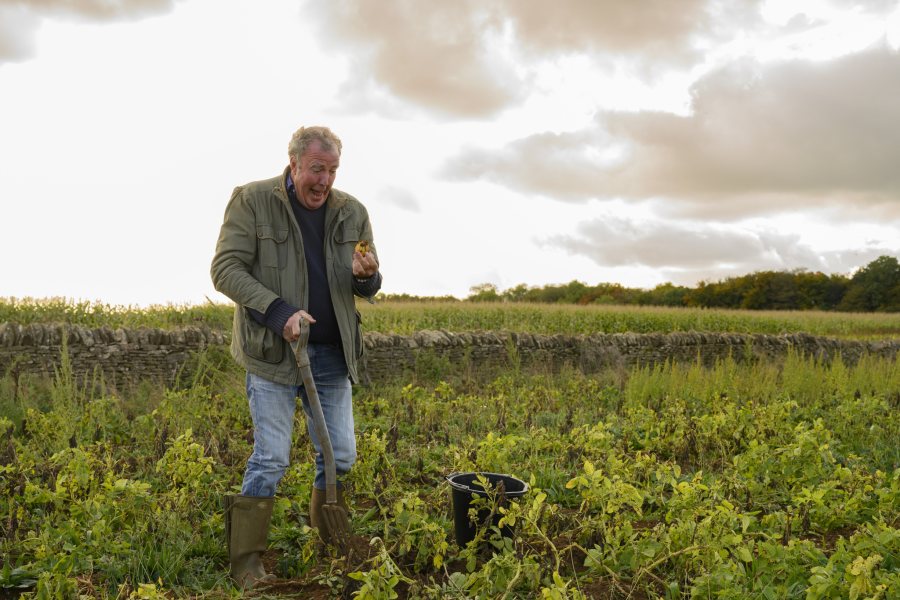 "We were not stuck in a small flat, instead I was able to potter around a whole farm doing all of the jobs that needed doing,” he explained.

“In terms of the series we were also quite lucky in the sense that if nothing had happened you would end up with quite a boring programme.

"Ordinarily for something like the lambing, we would have had people there to help - because I do not know how to birth a sheep - but because of Covid we couldn’t have anybody. So, I had to do it all night long with no idea what I was doing.”

Although the series has been completed Jeremy said that he does plan to continue his involvement on the farm.

“I am carrying on with it because I like it. I did a lot of the cultivating this year, though I have slightly stepped back from the sheep.

"We have pigs now, and we are putting in polytunnels to grow chillies and tomatoes for the shop. I am still very much involved on a day to day basis.”